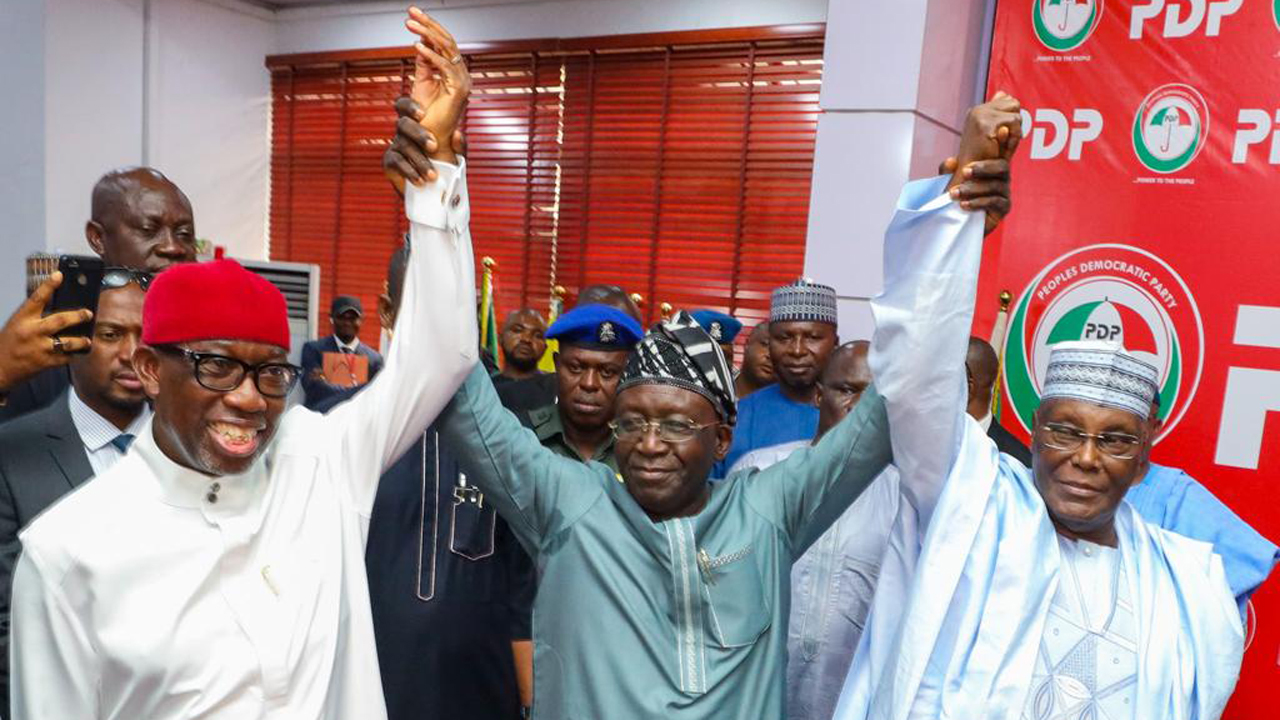 Philosophy of Science is the origin of Natural Science. It is not superstitious, but a careful observation of regularity of variables and the consistency of the same result based on the same variables.

Natural science originated from philosophy of science on account of it’s regularity of variables resulting in the same conclusion. Social science is called science because it shares in the characteristics of natural science.

In the social sciences, such as Economics, Sociology, Politics, etc, there is always an  expectation of a definite  conclusion based on the availability of same variables. The development of man and society has direct relationship with the development of the politics of the country.

It is on  this premise that l commend the leadership of PDP and the delegates that elected Dr. Iyorcha Ayu as the National Chairman of the People’s Democratic Party, ( PDP).

Iyorcha Ayu was the highest political office holder, the Senate President of Nigeria on the platform of the Social Democratic Party, (SDP), that gave MKO Abiola Presidential victory in 1993. Iyorcha Ayu was one of the founding fathers of PDP in 1998, working along side in the PDP Secretariat with the pioneer National Chairman of PDP, Late Dr Solomon Lar.

PDP in 1998/1999 won majority of Local Governments, States, National Assembly and the Presidency to usher in a Democratic government in Nigeria in 1999.

The choice and the election of Dr. Iyorcha Ayu as the National Chairman of PDP is a wise decision by the leaders and the national delegates of the PDP.

Nigerians have knowledge and they trust in the democratic credentials, experience and intellectual capacity of Iyorcha Ayu. These are the credentials that are required from the leadership of an opposition political party that is prepared to win election and form a democratic government that will urgently respond to the needs of Nigerians to rescue Nigeria from the mess of APC government.

Nigerians will listen to Ayu and they will support his message for the election of Atiku Abubakar and Ifeanyi Okowa as the President and Vice President of Nigeria .

PDP members should unite and support the leadership of Dr Ayu to rescue Nigeria from the mess of APC government. The PDP presidential candidate, Atiku Abubakar has faultless democratic credentials that can be presented to Nigerians with pride.

Atiku Abubakar played a significant role in the electoral victory of MKO Abiola in 1993 .Though Abiola was not sworn- in, but today he has been recognised as a democratically elected president of Nigeria.

Ayu and Atiku are both  nationalists and it is the best  combination that will attract the support of  Nigerians to rescue Nigeria from the present political, economic and social stress.

The unity of all PDP members are needed to consolidate and gains from the willingness of Nigerians to vote a rescue team that they have found in Ayu’s leadership of PDP and in the combined presidential ticket of Atiku Abubakar and Ifeanyi Okowa.

PDP have the best team in the political party leadership and in the candidates for the presidential election .What is required now is the patriotism of all PDP members, unity and collective dedication to the desire of Nigerians to elect a president that will take the country out  of the near total collapse from the administration of APC in Nigeria.

It is true that only one person can be chosen. The choice of Dr. Ifeanyi Okowa, the governor of Delta State, as the Vice- presidential candidate of the PDP do not suggest the non- qualification of others that were willing to serve in that capacity. This is the time for all PDP leaders and members to unite.

The task ahead to rescue Nigeria from the mess of APC government is not only the responsibility of PDP members, but all patriotic Nigerians to save our dear country from total collapse. This is the time to demonstrate patriotism, set aside personal interests and allow national interest to take precedent over all personal or sectional considerations.

The victory of PDP in the 2023 presidential election, will be a victory for all Nigerians to realize their individual aspirations and collective interest of all Nigerians to have a united, peaceful and a prosperous Nation.

Keyamo Kicks As Zack Orji Is Roasted Over Tinubu Video