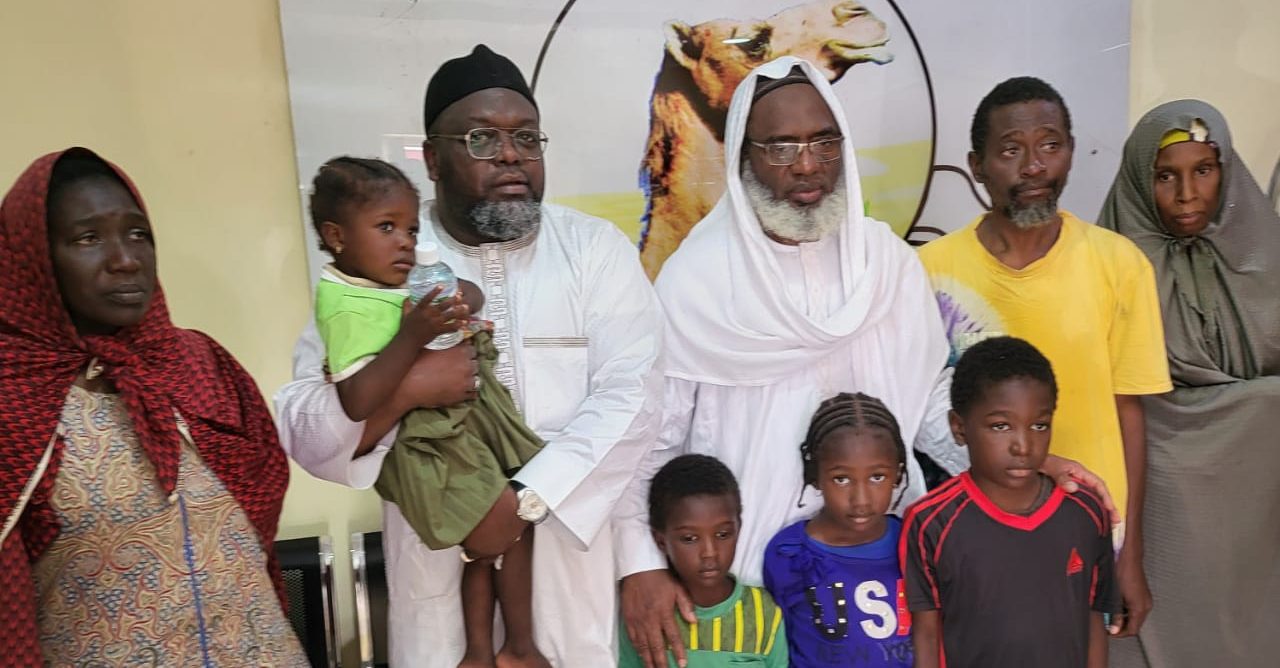 Family members of a former military governor of Kano and Benue States, Major General Idris Garba (rtd.) including his son, daughter-in-law and four grandchildren abducted on the Abuja-Kaduna train in March have been released along with their parents following the intervention of Islamic teacher, Sheik Ahmad Gumi.

The children were released following the humanitarian intervention of the Islamic teacher who said he was moved by the video of the flogging of the hostages.

Kaduna-based publisher, Tukur Mamur in a statement on Wednesday said the intervention was the first time that Sheik Gumi would intervene since the abduction saga started in March.

The six family members of the former military governor released after the Abuja-Kaduna train abduction were Abubakar Idris Garba, who is the father of the four kids, his wife Maryama Abubakar Bobbo and their eldest son, Ibrahim Abubakar Garba who is 10 years old.

GreenWhiteGreen GWG reports that Maj Gen Idris Garba (rtd) according to a news report is now bed ridden and served as military governor of Kano and Benue States during the administration of former Head Of State, Gen. Ibrahim Babangida. He is from Niger State.

A statement from Mumur on the development read thus:

“Disturbed by the gory videos images of four teenage children belonging to same family he saw in the last video released by the attackers of the AK9 Train, Sheikh Dr. Ahmad Gumi for the first since the abduction of the innocent passengers of that train over 4 months ago has reached out to the abductors through his Media Consultant, sent Allah’s messages to them and consistently pleaded with them to consider the release of the poor children and their innocent parents. It was learnt that the health condition of two of the teenage children has deteriorated since the flogging incident that affected their helpless father. A total of additional 7 hostages were therefore released on Wednesday.”

“The husband of the four kids is a staff of the National Assembly Commission. There was no intervention from the Commission or NASS on his behalf since the travails begun.

“This is to confirm to the world that due to Sheikh Gumi’s efforts and with the support of a serving Senator from the North, (a God fearing personality that doesn’t have any relationship with the hostages) who chose to remain anonymous that all the family of six have regained their freedom on Wednesday morning. Also released is a 60 year old woman, one Hajia Aisha Hassan who was said to have been released due to life threatening health challenges that deteriorated recently.”