Dasuki: Now, I Am Ready For Continuation Of My Trial 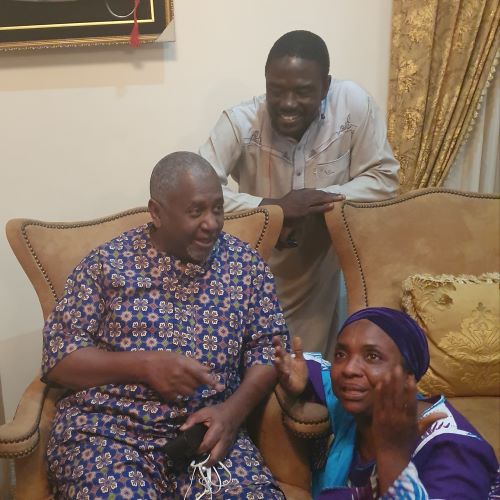 The immediate past National Security Adviser (NSA), retired Colonel Sambo Dasuki has expressed gratitude to teeming well-wishers and other Nigerians who prayed and stood by him during his travails while he was in detention.

He was released Tuesday evening by the Federal Government after spending four years in the custody of the Department of State Service (DSS) despite court orders granting him bails.

The ex-NSA, noted that he is now willing and ready to attend court sessions in continuation of his trial, in order to prove his innocence, saying that he stopped appearing in court as a protest against the government’s disregard for the court orders about his bail.

“I stopped going to the court because I was granted bail by several courts but the government refused to release me and I said whenever the bail order is complied with I will appear before the court and defend myself,” he said.

He, however, urged the Federal Government (FG) to be just, sincere and fair to all Nigerians, regardless of their religious, ideological or political affiliations.

The former NSA who was received by family members and well-wishers who thronged his Asokoro residence to welcome him, said: “I cannot adequately express my appreciation to Nigerians who genuinely and fervently prayed for my release… There are no words enough to show appreciation to all the prayers offered for me over my predicament. I am indeed very grateful to all Nigerians.

Dasuki, who maintained that he did not have any score to settle with President Muhammadu Buhari or anyone, debunked the claim by media that his arrest and subsequent detention by the Intelligence Service is as a result of the role he played when Buhari’s military government was overthrown in 1985.

“As a Muslim, I believe in predestination and leave everything to Almighty God. Ignorance and lack of faith is what makes people think their fellow man can cause them any harm or evil.”

Despite spending four years in incarceration, Dasuki thank God for His mercy on him and asserted that he has nothing to worry about.

Buhari Declares 2019 A Successful Year, Thanks Nigerians For Believing In Him