Keyamo To File Petition On Killing Of Warri Man 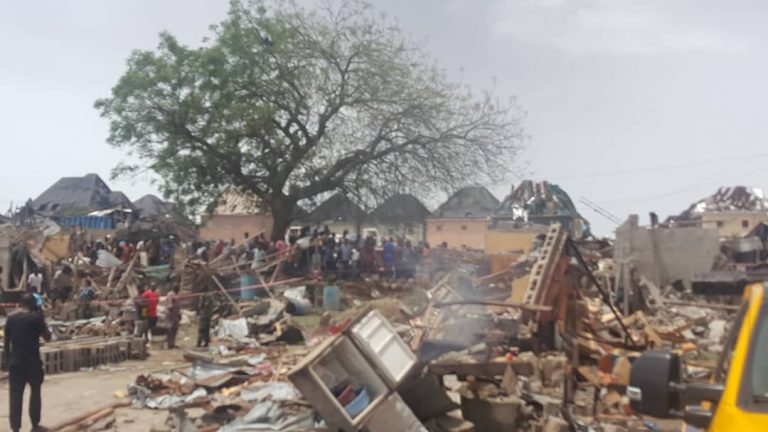 The Lagos State  Police Command on Sunday said that it had cordoned off the area where an explosion took place within Adeshoba Community in Amuwo Odofin Local Government Area of  Lagos State.

The  State Police Public Relations Officer ( PPRO), DSP Bala Elkana, told the News Agency of Nigeria (NAN) in Lagos that the command had provided adequate security to safeguard the lives  and property of residents around the area.

Elkana also said that investigations were still ongoing to ascertain the cause of the explosion, as well as the number of casualties involved.

” We are yet to ascertain the number of casualties involved from the explosion.

“However, all relevant and essential emergency agencies are on ground to maintain law and order in the area,” he said.

NAN reports that the explosion which occurred on Sunday morning damaged roofs, windows and doors of several private and public buildings as well as windscreen of cars parked around the explosion site.