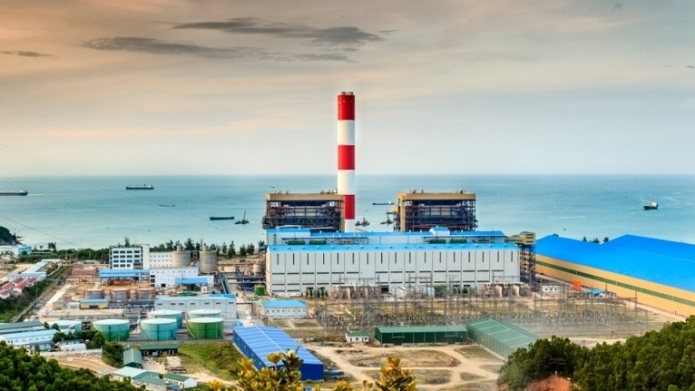 One hundred and twenty-seven organisations have submitted a petition calling for the cancellation of the Vung Ang 2 Coal-fired Power Generation Project in Vietnam.

The groups from more than 40 countries and regions said a new coal-fired power plant not only accelerates climate change, but also brings environmental pollution such as air pollution to the site.

They said environmental pollution and health hazards due to existing factories and power plants have already been reported in the project site.

The Japanese environmental NGOs submitted the petition to the Japanese public and private sectors, the Japan Bank for International Cooperation (JBIC) and three megabanks that are considering financing the project, Mitsubishi Corporation, and Prime Minister Shinzo Abe.

Speaking on the petition, Ayumi Fukakusa of Friends of the Earth Japan said “It is proven that the emission concentration of air pollutants from Vung Ang 2 is several times higher than that of power plants constructed in Japan. Various problems in the Environmental Impact Assessment (ESIA) have also been pointed out in an analysis study by the Environmental Law Alliance Worldwide (ELAW)”

“The fact that proper participation and consultation of affected people haven’t been ensured and no alternatives have been considered, violates JBIC and the Nippon Export and Investment Insurance (NEXI)’s guidelines for environmental and social considerations, and the World Bank Group’s International Finance Corporation (IFC) Performance Standards. It also violates the Equator Principles adopted by the Japanese private banks.”

According to Kimiko Hirata, International Director of Kiko Network and Chairperson of Climate Action Network Japan “Vung Ang 2 is one of the symbolic projects to reveal that Japan continues to support coal fired projects even now. Private banks and developers that are involved pursue the projects in contradiction to their policy committing to move away from new coal projects. In order to face the climate crisis and to support Vietnamees’ transition to sustainable and clean energy, this project shouldn’t be overlooked and immediately stopped.”

Also contributing, Lidy Nacpil, Co-coordinator of The Asian Peoples’ Movement on Debt and Development (APMDD) and Demand Climate Justice (DCJ), said “Super Cyclonic Storm Amphan recently hit the Bay of Bengal and many communities in Bangladesh and India are suffering severe loss of livelihoods, homes and even of lives. This is one example of how impoverished people in developing countries are affected by the climate crisis. Financing more coal means even greater suffering and devastation. Japan must stop financing coal and should instead support renewable energy and just solutions to climate change.”

Bronwen Tucker, Research Analyst of Oil Change International added “According to our research, Japan has been providing seven times more subsidies to fossil fuel than renewable energy. As the Japanese government prepares unprecedented levels of public finance in response to COVID-19, it is critical they use this recovery stimulus to support a just transition from fossil fuels that strengthens the development of resilient, clean energy economies,”

“The Japanese government committed to conducting a review of its coal export policy with the goal of tightening the environmental conditions on which Japan will finance coal plants abroad. But Japan should be ending its support for all coal plants and related infrastructure, rather than just tightening the qualifications for that support.”

Concluding, Eri Watanabe of 350.org Japan, stated that “The four private banks that are considering financing Vung Ang 2 have adopted a policy of not financing coal-fired power plants in principle.

There are however serious loopholes in these policies, and Vung Ang 2 is likely to fall into this policy exception. In order to achieve the 1.5-degree target of the Paris Agreement and to avoid catastrophic climate breakdown, the banks should not easily apply such exceptions.

As the signatories of the United Nations’ Principles for Responsible Banking, they should be fully phased out of coal-fired power at an early stage in order to ensure the consistency with the Paris Agreement and to avoid the risk of stranded assets.”