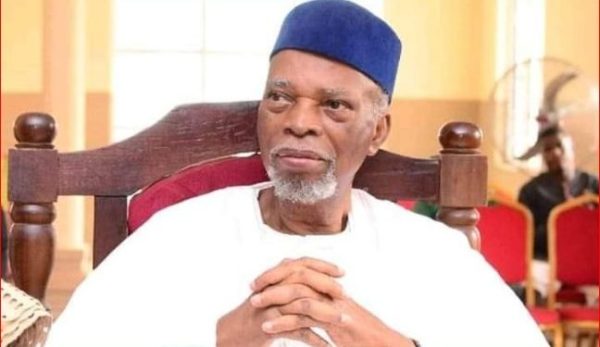 Former Governor Bamidele Olumilua, has died at 80, his son and incumbent commissioner for Information in Ekiti State, Mr. Muyiwa Olumilua announced on Thursday.

The late Olumilua served as governor of the Old Ondo State between 1992 and 1993 on the platform of the defunct Social Democratic Party, SDP.

He was uniquely known for his title as Evangelist while he served as governor.

Muyiwa, while confirming his father’s death, in Ado Ekiti, said that the former governor, died in the early hours of Thursday.

“I can confirm to you that it is true that Baba died today (Thursday) around 3 a.m.

“We thank God that he lived a good and worthy life and we are proud of his personality and achievements while alive,” he said.

The News Agency of Nigeria (NAN) reports that Olumilua, had been battling some illnesses, associated with old age, before his eventual death.

He served as state governor from January 1992 to November 1993 under the platform of the Social Democratic Party, during which another late Governor, Olusegun Agagu was his deputy.

His tenure as Governor was, however, truncated along with others nationwide, when retired Gen. Sani Abacha-led military administration came into power.

Olumilua, who hailed from Ikere Ekiti, was appointed the Pro-Chancellor and Chairman of Council of the Ekiti State University (EKSU), by Gov. Kayode Fayemi, during his first tenure in Office.