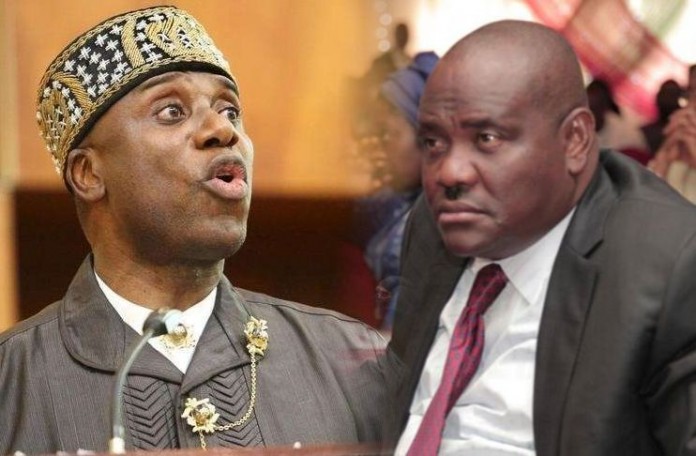 A plot to humiliate the minister of transportation, Rotimi Amaechi by trading off the state chapter of the All Progressives Congress, APC to Governor Nyesom Wike by some elites in the Rivers State chapter of the party has been alleged.

Chief Eze Chukwuemeka Eze, a fanatical associate of Amaechi’s disclosed this in a statement made available to GWG on Sunday.

The party chieftain said the person behind the script feels threatened by what he described as “the internationally acclaimed and towering political profile and public acceptance of Amaechi as a better, egalitarian and visionary leader from the South.”

He said the unnamed party chieftain was hell-bent at destroying and selling off the Rivers APC to the opposition People’s Democratic Party, in order to smear the character and personality of Amaechi and bring it to naught.

He said the scheme has already reached an advanced stage and that plans have been concluded to deceitfully to mislead the Court with “cocktail of lies in a bid to obtain legal backing to lace their satanic artifice with a sort of cosmetic legitimacy.”

“The PDP stooges who are laying claim to the leadership of the party have already taken counsel and have concluded arrangements to submit another Gov. Wike’s ally, Barr. Worgu Boms, as a replacement for Giadom in an attempt to rubbish the Constitution of APC,” he said.

Ondo Will Resist If Akeredolu Is Rigged Back – Dep Gov