Delta 2023: How Omo-Agege Will Checkmate Rivals 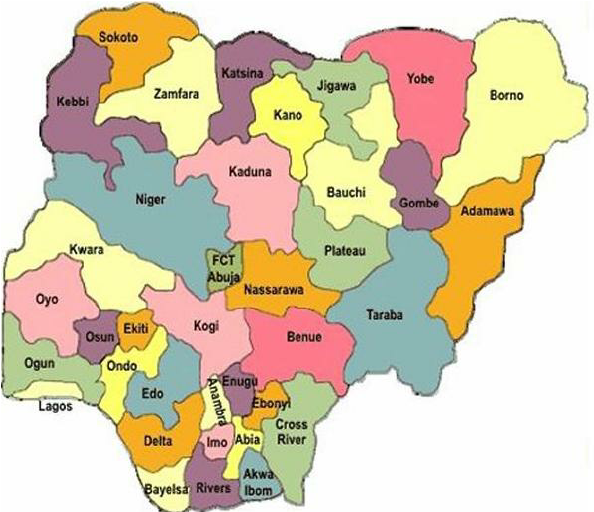 The report went on to list the failed targets of the Economic Recovery and Growth Plan, ERGP as follows:

That is Nigeria’s present position “as the Federal Government gets set to replace the Economic Recovery and Growth Plan (ERGP) with a new economic plan, the Nigerian Economic Sustainability Plan (NESP).” Even without having access to the details, NESP is likely to be another exercise in futility because the mind-sets which produced the ERGP calamity have not changed. “What’s in a name?

That which we call a rose, by any other name will smell as sweet.” (William Shakespeare, 1564-1616, VANGUARD BOOK OF QUOTATIONS, p 167).  The FG and Nigerians were warned that ERGP was a shameless and untenable economic plan the day it was released. Please follow me back to 2017 when the plan was announced by a government. Below are excerpts from that article.

ERGP AND THE MOUNTAINS TO CLIMB.

“This occasion is timely and according to the plan, the unique point of our four year economic growth plan. It comes with an implementation strategy and a devise which has been described as laboratorious.” VP Osinbajo.

That was the Vice President launching an economic disaster as if it was Nigeria’s greatest economic programme. Read what I wrote.

1 “The Economic Recovery and Growth Plan, ERGP, which was launched in April 2017 is finally getting off the ground with the announcement of a huge price tag for it. According to the Federal Government, FG, it will cost an amazing $245bn with the government providing 20 per cent or $49bn and the private sector $196bn over the next four years. It will constitute the boldest attempt to speed up economic growth and development in the nation’s history. FG also promised to create 15 million jobs. That can be left for the moment. Every government, including this one, has fed the people with a salad bowl of illusions on the millions of jobs they would create only for more jobs to be lost.

The ERGP promises Gross Domestic Product growth of 4 per cent to seven per cent by the end of the fourth year. That is welcome news. On page B3 of the DAILY INDEPENDENT of February 8, 2018, the ECONOMY SNAPSHOT revealed how the GDP per capita had declined to $2,457.80 in 2016 from $2,563.10 in 2014. The result for 2017 is unlikely to improve on the 2016 level. The reason is clear.”  “With population growing at 3 per cent a nation needs more than four per cent growth for the economic welfare of its citizens to improve. Nigeria has been growing at less than one per cent since 2015. We need a huge economic stimulus, other than the annual budget to get us there.”

3. “But, ERGP has emerged as the new economic paradigm. It carries with it elements of the VISION 2020 legitimate dreams and aspirations as well as the frightening illusions and nightmares. The mere mention of “10 GW electricity increase and attaining 100 position in the ease of doing business by 2020″ reveals our obsession with the year 2020. What on earth is magical or sacrosanct about 2020? Just another year!…While the obstacles are almost uncountable, the most pressing and the limiting factor militating against ERGP is TIME.”

ERGP AND THE MOUNTAINS TO CLIMB – 2

“It does not matter if the cat is black or white as long as it catches rats.”

Those were the words of wisdom from the Malaysian lecturer who delivered the first keynote address at the Nigerian Economic Summit Group meeting in 1992. I still have the hand-notes taken from that promising workshop.

4 “The fact that the Economic Recovery and Growth Plan, ERGP, which has become the main thrust of our rapid economic growth plan is based on an idea which was offered to us free of charge twenty six years ago tells a lot about Nigeria. Now we are paying.

The plan calls for the Federal Government to come up with $49bn and the private sector is expected to kick in $196bn. Fine on paper, but, is it realistic? Can the FG provide $49bn in the next four years and whatever it must between now and May 29, 2019? The reference to next year May is important because the FG must certainly be aware that unless two things happen, the plan is dead on arrival. [First, Buhari must be re-elected]. Second, the current National Assembly must have passed the necessary bills and approvals to raise and disburse the huge sums required for ERGP before going into history…… If not, even Buhari’s re-election will mean starting all over again to seek NASS approval for the ERGP.”

Let us place the request for $49bn investment by the FG in context. Nigeria is already neck deep in debt which all financial institutions find unsustainable. Government will need to raise the debt ceiling by double the level it stands at the moment to raise the funds required to pay the $49bn bill. Where will the money come from?”

As the FG gets set to present another economic programme, packed full of illusions and deceptions, book a date with us to read the truth.