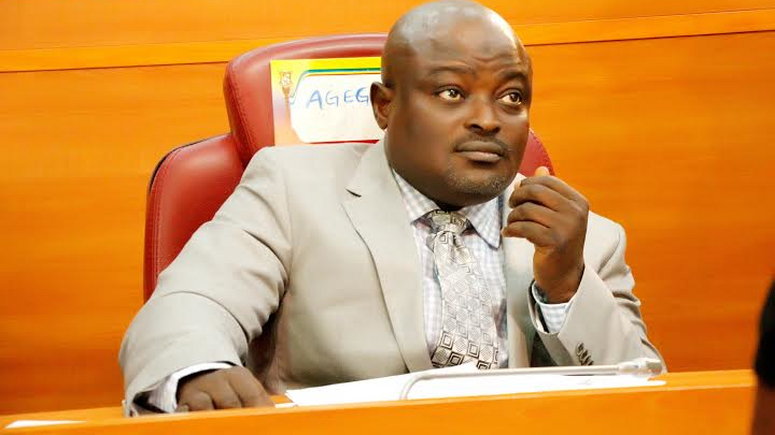 The Speaker of the Lagos State House of Assembly, Hon. Mudashiru Obasa,  has come under intense criticism on social media over allegations concerning his qualifications.

Obasa who had only recently faced public criticisms over the expenditure of the Lagos State House of Assembly faced another backlash when he posted a photograph, saying his classmates from Nigerian Law school class 2008-09 paid him a solidarity visit to “dispel what they read on social media.”

In recent times, some news media had claimed that the Speaker forged his certificate.

Reacting to the insinuations, the speaker, on Tuesday, posted the photograph of himself surrounded with those he referred to as classmates, who came to pay him solidarity visit.

“I received some of my classmates from Nigerian Law school class 2008-09 who paid me a solidarity visit to dispel what they read on social media.

“I am not perturbed by the actions of those tale bearers who feel aggrieved by my job as a legislator. I truly appreciate your visit,” the Speaker wrote.

The Speaker’s tweet, however, annoyed many Twitter users who argued that the Speaker should have posted a picture of his certificate, instead of the op-photo.

Responding to the tweet, a Twitter user, @MONSIEURBLAC, said,  “This is rather interesting. The man in blue suit (2nd from left) was my classmate in LASU for 5 years and we were in Lagos campus together, whilst Mr. Speaker was neither my classmate in LASU, nor were we the same set at the Nigerian Law School.”

Some Twitter users uploaded screenshots of name search on the Nigeria Bar Association, NBA, website showing the names of lawyers who had been called to bar, in which the name (Mudashiru Ajayi Obasa) did not appear on the ‘find a lawyer’ option on the portal.

Some Twitter users accused Obasa of impersonating a member of the NBA and there is now pressure on the association to speak out on the membership of the speaker.