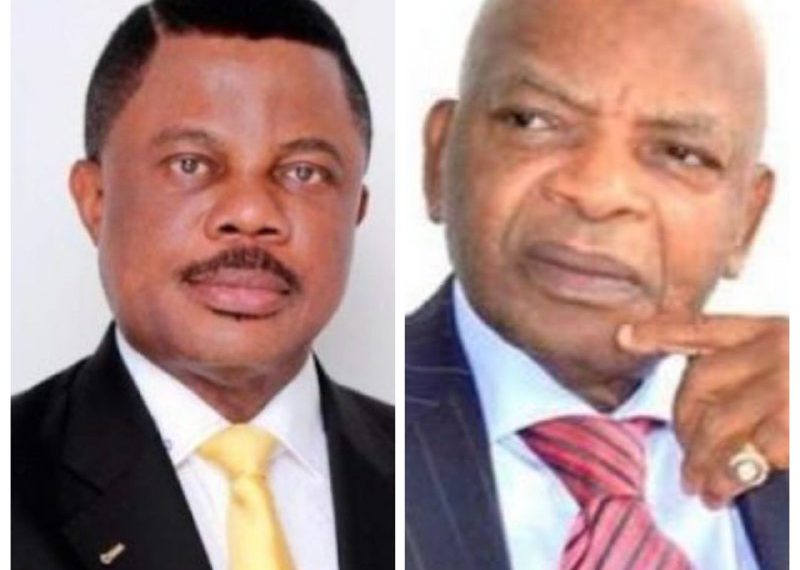 The supremacy battle between Governor Willie Obiano and billionaire businessman, Prince Arthur Eze escalated on Monday after protesting youths in Aguleri, Anambra State demanded the removal of the two traditional rulers from the town.

The two traditional rulers, HRH lgwe Alex Edozieuno and HRH lgwe Peter Udorji were part of the 13 traditional rulers who visited the Presidential Villa last week as part of a delegation facilitated by Prince Arthur Eze to thank the president for his gestures towards the Southeast.

All 13 monarchs were suspended on the instruction of the governor for one year.

However, yesterday the crisis escalated after some youths asked that the two rulers be deposed.  The governor is from Aguleri and it was gathered that he was especially miffed that monarchs from his town joined with Prince Eze to diminish him politically.

The protest was led by close associates of the governor.

“This demonstration is part of the agenda to remove the two monarchs as those organizing the protesters are agents of the government and this is just giving a dog a bad name in order to hang it,” one source disclosed yesterday night.

“Why don’t you allow them to serve out their suspension instead of going this way,” the source further added instead of this sponsored protest.