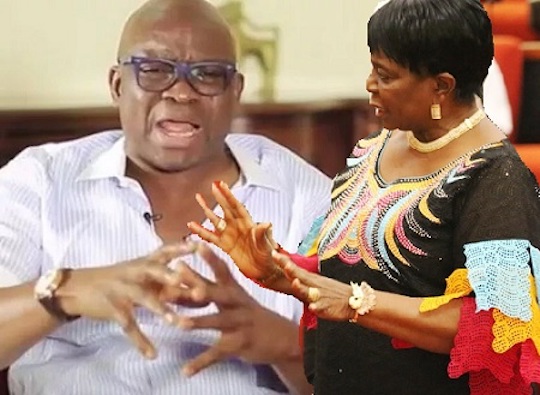 Senator Biodun Olujimi has blamed the national secretariat of the Peoples Democratic Party (PDP) for triggering the crisis that led to the hosting of parallel congresses in her native Ekiti State.

Olujimi leads a faction of the party which elected a former House of Representatives member, Kehinde Odebunmi as State Chairman at the congress held at Lotus Hotel.

A different faction of the party loyal to former Governor Ayo Fayose elected former member of the Ekiti State House of Assembly, Bisi Kolawole at the congress held at Petim Hotel.

Speaking to newsmen in Abuja, she described the congress organized by Fayose which also had another former governor, Engr. Segun Oni in attendance as a failure.

She further vowed to remain in the party despite the challenges.

Olujimi said she would remain in the party at her own terms.

Kalu Says He Is Open To Be Nigeria’s President