Storm Over Fani-Kayode's Shout Out To Ex-Wife 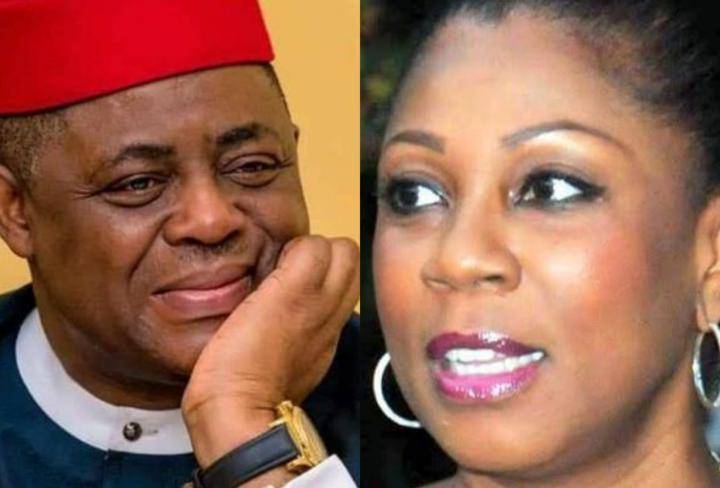 The former Minister of Aviation Chief Femi Fani-Kayode has been caught up in another personal controversy after he went on twitter to pour praise on his former wife, Saratu Atta, who is presently a Personal Assistant to President Nana Akufo-Addo of Ghana.

On Monday, Chief Fani- Kayode again shared a picture of Ms Atta and the Former President Goodluck Jonathan on his official Twitter handle. The picture was taken in the course of a visit to Ghana by Dr. Jonathan.

In his caption he said “My President & my first wife & mother of my first child, Saratu Atta, who is the SA to President Nana Akufo-Addo of Ghana, in Accra today. A truly beautiful & historic shot. You are looking great Baby and GEJ is looking as presidential as ever!!! Proud of you!!! Blessing.”

Ms. Atta is the daughter of the former governor of the old Kwara State, Alhaji Adamu Atta and a Ghanaian woman. She was briefly married to Fani-Kayode in the eighties and their marriage produced a girl named Folake.

His praise of his ex who he addressed as his his first wife without mentioning that they were separated has not gone down well with some twitter users.

Others slammed him for his unprecedented love for women which makes him have children from different women.

I Am Now A Barrister, Kanayo O Kanayo Announces