I Have Not Reached Buhari Since Lekki Shooting - Sanwo-Olu 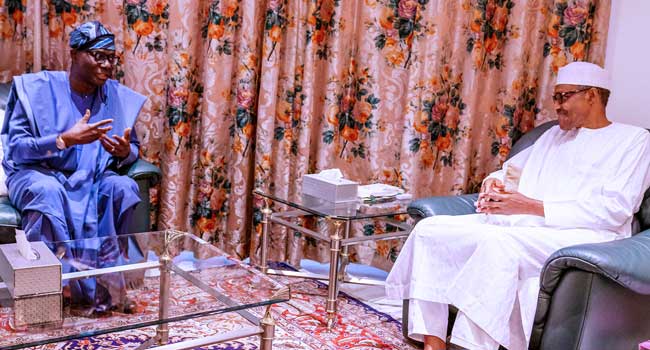 48 hours after the carnage at the Lekki Toll Gate on Tuesday evening, Governor Babajide Sanwo-Olu of Lagos State admitted on Thursday that he has not been able to speak with President Muhammadu Buhari.

Speaking in an interview on Thursday morning, the Lagos State governor said he had made two attempts to reach the president and both attempts were abortive.

He, however, admitted receiving a call from the Chief of Defence Staff who he said claimed he was directed by the president to speak to him.

The governor spoke in an interview on Arise Television on Thursday morning.

“I made phone calls to the President. I made calls twice yesterday (Wednesday). The first time, he hadn’t come to the office and the second time, he was at the FEC meeting.

“So, indeed, I have not spoken to him directly. I actually did call to speak with him. But like I said, he was at the FEC meeting and probably had his briefings.

“He was the one that asked the Chief of Defence Staff to call me and I think it was when he got my message. He (CDS) said to me, that it was the President that asked him to call. I don’t have a report to say. We haven’t spoken.”