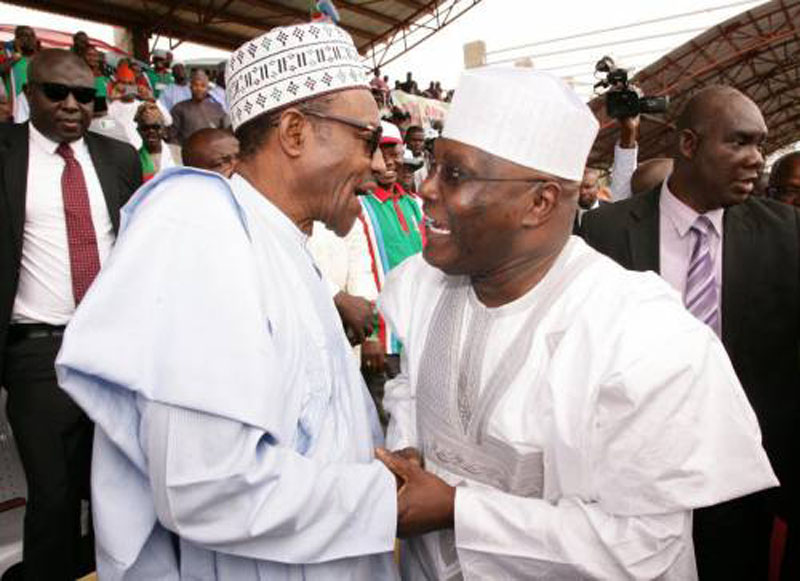 Atiku Abubakar has fired back at the All Progressives Council, APC saying that instead of focusing on the rot in the country that the party had preoccupied itself with assessing him and boasting about defections into its fold.

“It is preposterous that a political party which has spent the past five and half years launching humongous and unprecedented hardship on Nigerians finds no time to address and apologize to Nigerians for the false promises of change that they made to the Nigerian people, but waste a whole day self-adulating about politicians who have crossed to join the APC. That is a very irresponsible thing to do,” Atiku said in a statement made available to GWG.

Saying that he has not initiated any move towards contesting the 2023 presidential election, he said:

“Whereas neither the PDP nor Atiku has initiated discussions with anyone on a 2023 presidential run, it is the APC which has busied itself talking about zoning and focusing on rigging the next election.

“For the avoidance of any shred of doubt, Atiku, like many Nigerians who are pained by the downward spiral of condition of the country under the APC government, has preoccupied himself with proffering solution to the myriad of problems the APC has visited on the country and working hard to contribute his quota in strengthening the country’s economy.

“It is evident that the APC has failed woefully on all the major issues it campaigned against the PDP in 2015 from poverty to insecurity; joblessness and high cost of living; national unity to bad foreign image; human rights abuse to economic recessions – issues which if the APC was a serious political party, should be dispensing its energy in resolving.

“Perhaps we should remind the APC that focusing on Atiku will not improve the country’s Gross Domestic Product or take the country out of the current recession; it will not create jobs for the youth of Nigeria.

“Focusing on Atiku will not solve the problem of inflation and high cost of food items; and neither would it lift millions of Nigerians out of poverty. It will not address the pervasive state of insecurity in the country and will not unite a nation that has been sharply divided like never before.”