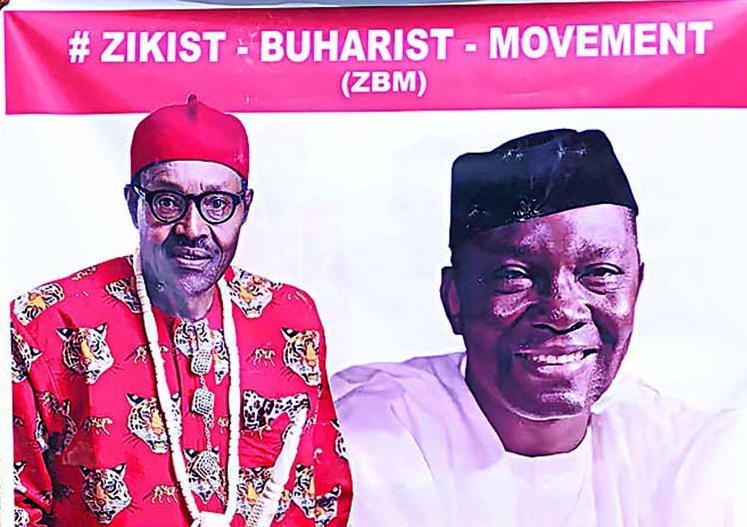 The South East political pressure group, the Zikist-Buharist Movement (ZBM) has reprimanded the National Chairman of Peoples Democratic Party (PDP), Hon. Uche Secondus, for asking President Muhammadu Buhari to resign over the high spate of insecurity in the country.

The group said, “We are in league with the frustration over insecurity in the land, but Hon. Secondus and members of his political clan should be sincere enough to cast their minds back to over a decade ago when PDP’s misrule, planlessness and squandermania, simulated the material conditions which unleashed insecurity on Nigerians on a large scale. We should be weary of playing politics with security.”

In a statement signed by the Chairman, Stanley Ohajuruka and Secretary, Godwin Onwusi, released by the group in Enugu on Sunday, they noted that President Buhari is concerned over the insecurity in the country, more reason why he admitted that much more work needs to be done to fix our security challenges.

The statement was titled, “Their Efforts Not Good Enough, PMB’s frankness commendable”was in response to Buhari’s claim of subsisting security problems that he had not been able to tackle.

ZBM commended what it described as President Buhari’s uncommon candour, frankness and openness for admitting that the service chiefs have serially failed the country.

According to the group, the President by his statement has captured the pain of dear countrymen and summed up the anguish in the land.

“ZBM shares the agony of Nigerians over the compounded security challenges and the trust deficit arising therefrom.”

“For those who call for Mr President’s resignation and impeachment, especially the Peoples Democratic Party (PDP), ZBM appreciates their frustration, worries and genuine concern over unbridled insecurity in the land. Their frustration is understandable. However, they should note that Mr. President is as concerned and that is why he admitted he has much more work to fix our security challenges. We know he is deploying new technologies.”

ZBM dismissed as misguided and misplaced, the demand by the PDP chairman, Uche Secondus for the President to resign on the basis of his own admission that his administration has failed, more so, having made a similar call on ex-president, His Excellency. Dr Goodluck Jonathan, to resign in similar circumstances in 2014.

Beginning Of The End: The APC Story