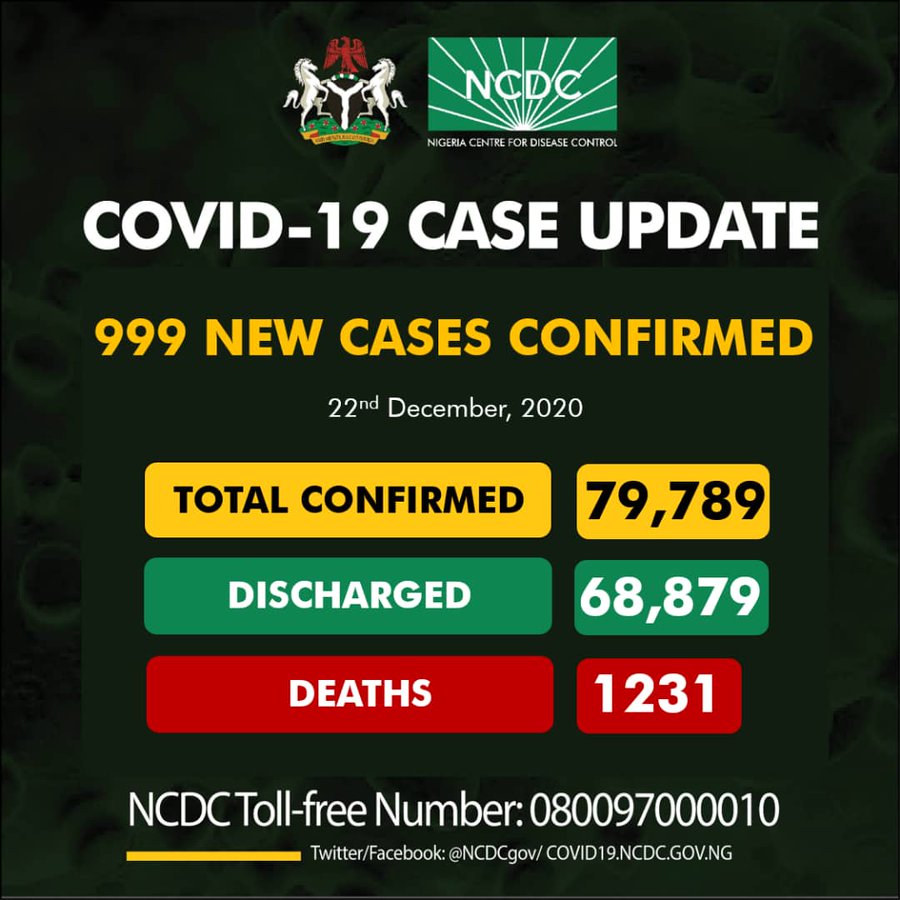 The Nigeria Centre For Disease Control (NCDC) has announced 999 new infections of Coronavirus Disease (COVID-19) in the country.

The NCDC made this known via its verified website on Tuesday.

It noted that with 27,091 infections, Lagos remained Nigeria’s epicenter, followed  by Federal Capital Territory with 10,122 cases, and Kaduna with 4,628 cases, accounting for 70 per cent of the country’s infections.

The agency said that the country sadly recorded four additional deaths in the last 24 hours.

It disclosed that 396 patients were discharged after recovering from the infection from isolation centres across the country.

NCDC said that the new infections were reported from 17 states and the Federal Capital Territory (FCT) in the last 24 hours.

According to the agency, FCT topped the list with 416 infections, followed by Lagos with 324, Kaduna 68 and Plateau 42 cases.

Lagos Warns It Will Send Face Mask Offenders To Jail