Why Peter Was Not The First Pope 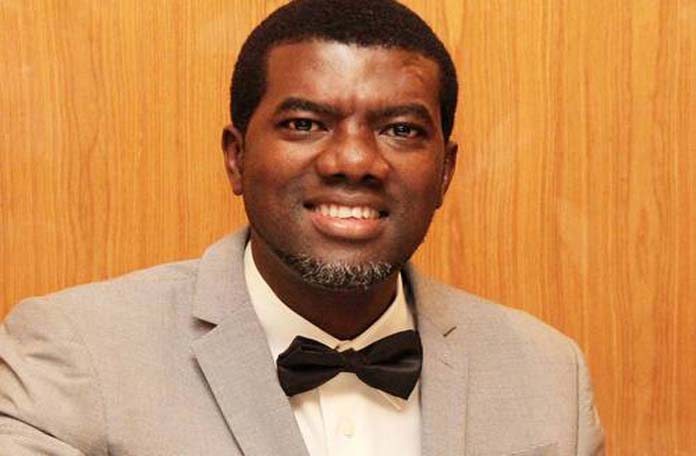 Many Christians are shocked when I tell them that neither Christ nor any of His twelve apostles were Christians. Christianity is a religion ABOUT Christ-and other things.

The religion that Christ practised while He was on Earth is Judaism. In Christ’s Day, Judaism was practised under different sects, some of which include Pharisees, Sadducees and Essenes.

To be specific, Christ is the Founder of the sect of the Nazarenes, which is the fulfilment of Moses’s prophecy in Deuteronomy 18:15.

The name Christianity originates from Acts ‪11:26, and we do not even know who originated it.

It is most likely to have been the town’s people of Antioch. The sect of the Nazarenes was a very different thing from what came out of Rome after Ancient Rome became a Christian nation.

In fact, many blatant lies have been told to try to legitimise what came out and is still coming out of Rome.

One of those lies is the story that Peter was the first Pope. That is such an obvious lie, and it shows the power of religious indoctrination that in the year 2020, people can believe such a ridiculous story.

Investigate it for yourself. You are intelligent enough to do so. This is not a spiritual claim that you have to pray over for Holy Spirit guidance.

It is a historical claim. So, interrogate it and see if it can stand scrutiny. There is absolutely no Scriptural, historical or physical evidence that Peter (whose real name was Cephas) ever even visited Rome. And even if he did, which is most unlikely, he could not have been a Pope or Bishop of Rome, because Rome was not even Christian in the lifetime of Peter. Rome was Christianised in 313 AD by Emperor Constantine’s Edict of Milan.

Up until then, Christianity was fledgeling in Rome. In the lifetime of Peter, the sect of the Nazarenes was illegal in Rome, and the Roman Emperor had ordered all Jews to leave Rome. We see this in Acts 18:2: “There he met a Jew named Aquila, a native of Pontus, who had recently come from Italy with his wife Priscilla, because Claudius had ordered all Jews to leave Rome. Paul went to see them.”

We know that Paul and Peter wrote each other or read each other’s letters because Scripture supports that in 2 Peter 3:16.

Paul was physically in the capital of the Roman Empire, Rome, as a prisoner, who was allowed to live freely in his own rented house for two years (Acts 28:20), during the times it was claimed that Peter was in Rome.

Yet, Paul never mentions Peter, or his presence in Rome, in his accounts of his time in the capital of Ancient Roman. Those who have floated this story have done so to legitimise all they have done in Peter’s name, knowing that Christ had named him as more or less His successor on Earth in John 21:17.

They want to falsely draw from the authority Christ gave Peter in Matthew 16:18: “And I say also unto you, That you are Peter, and upon this rock I will build my church; and the gates of hades shall not prevail against it.”

It is very unwise to build your faith or form doctrines around claims that are not supported by Scripture. Some people will say ‘how does this build faith?’ or ‘how does this edify (a favourite word they like to bandy about)?’

But is faith that is built on lies still faith? You can be sincere and still be sincerely wrong. That is why Christ said “you shall know the truth, and the truth shall make you free.”-John ‪8:32.

As long as you do not know the truth, you cannot be free, even if you are sincere. Take it from Christ. Not from me. Acts ‪17:30 says “the times of this ignorance God overlooked; but now commands all men everywhere to repent.”

God winked at ignorance when Scripture was not widely available, and most people could not read. But now we have the Word and we can read.

We no longer have the excuse of ignorance. We can not leave Scripture and follow men. Everything you need to follow Christ is in Scripture. Read it. Understand it. Believe it. And obey it. Christ died for you to have DIRECT access to God. You do not need a pastor, a priest, or a church to act as your intermediary because “through him we both have access to the Father by one Spirit.”-Ephesians ‪2:18.

You have access to God. Please take advantage of it. Stop saying ‘I am confused’ when you read things that attempt to open your eyes. That is one of the most beloved phrases of religious people, and sadly, especially in Black Africa.

Too often, Black Africans refuse to apply themselves. We love to say ‘I am confused’ at the slightest challenge of our belief system.

But let our brother, or neighbour, or friend offend us, and we will apply our brains so astutely and strategically to plotting our revenge. Yet, we refuse to direct such focus to “work out your own salvation with fear and trembling.”-Philippians ‪2:12.

Scripture is not hard or confusing. I have read it cover to cover multiple times, in numerous versions, and the original languages. It is a very straightforward book. What brings ‘I am confused’ is your religious indoctrination. Your dogma. Your programming.

Reading Scripture by yourself will open your eyes. It will make your hate dogma and love God. Found your faith on the truth. On Scripture. Not on church traditions. Does it make sense to have abandoned your traditional religions only to adopt church traditions?

Then why did you leave your traditions? The sect of the Nazarenes later came to accept Gentiles after first Peter and later Paul preached and Gentiles accepted their doctrine. However, here is the curious thing.

The Peter, who some are falsely claiming was the first Pope, and in whose name they have promulgated all sorts of extra Scriptural practices, gave a judgment that Gentile believers, in addition to believing in Christ, were to keep only four practices: “It is my judgment, therefore, that we should not make it difficult for the Gentiles who are turning to God. Instead we should write to them, telling them to abstain from food polluted by idols, from sexual immorality, from the meat of strangled animals and from blood.

For the law of Moses has been preached in every city from the earliest times and is read in the synagogues on every Sabbath.”-Acts ‪15:19-21.

Notice that Peter gave a judgment that Gentiles should only abstain from food polluted by idols, from sexual immorality, from strangled meat and from blood. Why did Peter do this? Because he wanted to make it easy for Gentiles to turn to God. Now, ask yourself why those who have falsely appropriated his name have given you such a long list of dos and don’ts? Because they want to make it difficult for you to come to God.

They want you to go through them. Listen my brethren, the way of God is very simple. It is the way of satan and man that is complicated.

Obviously, both Peter and Paul went on to give other counsel to the Gentile believers, including: “Not forsaking the assembling of ourselves together, as the manner of some is; but exhorting one another: and so much the more, as you see the day approaching.”-Hebrews ‪10:25.

“Each of you should give what you have decided in your heart to give, not reluctantly or under compulsion, for God loves a cheerful giver.”-2 Corinthians 9:7.

“Wives, in the same way, submit yourselves to your husbands, so that even if they refuse to believe the word, they will be won over without words by the behavior of their wives, when they see your pure and reverent demeanor.”-1 Peter 3:1-2.

“Husbands, in the same way, treat your wives with consideration as a delicate vessel, and with honor as fellow heirs of the gracious gift of life, so that your prayers will not be hindered.”-1 Peter 3:7.

And finally, we must understand the way predators work. Take those who abduct children, for example.

And children are very impressionable, so they believe the lies and follow the abductor. This is the strategy used with the Chibok Girls, the Dapchi Girls and most recently with the Kankara Boys in Nigeria.

They come and tell you that they are from your Father in heaven and that He sent them to get you, and that you should listen to them and not Scripture. But remember the warning from Scripture?

“But even if we or an angel from heaven should preach a gospel other than the one we preached to you, let them be under God’s curse!”-Galatians 1:8.

Five Takeaways From The Safe Return Of 344 Kankara School Boys