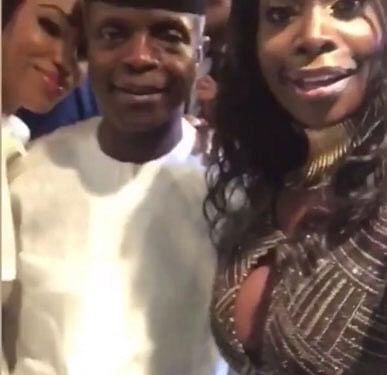 The controversy came after her picture with the Vice-President in 2018 surfaced on twitter.

She, however, maintained her interest in the Nigerian vice-president, saying: “If anybody has his number, you can pass it to me.”