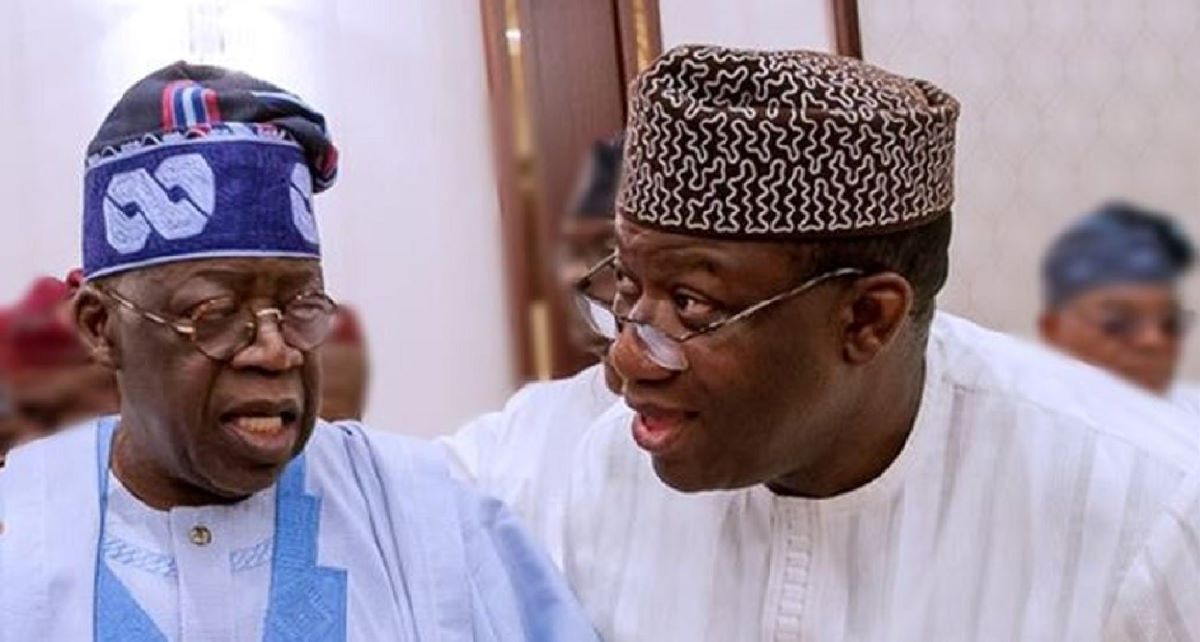 Kayode Fayemi would not be playing ‘Akintola Politics’ against Asiwaju Bola Tinubu if he decides to contest the 2023 presidential election ticket of the national leader of the All Progressives Congress, APC, a former deputy Speaker of the Ekiti State House of Assembly, Karonuwi Oladapo has said.

His assertion was against the background of claims that Tinubu was the one who brought Fayemi into politics.

GWG reports that Fayemi has been touted for the presidential ticket of the APC, a development that has spurred claims that Fayemi would be betraying Tinubu who supposedly brought him into politics.

Rebuffing the claim in a statement obtained by GWG, Oladapo in a statement titled, ‘Putting the record straight: Fayemi as a politician,’ said, Fayemi was brought into the political arena against his earlier objection by former governor of Ekiti State, Otunba Niyi Adebayo who is presently the minister of trade and industry.

“Tinubu, as the foremost leader of the AC, thereafter supported the party candidate, Fayemi and co-financed the party to victory. Tinubu’s contributions are equally remarkable.

“Those who traffic lies about how Tinubu recruited Fayemi into politics and thought that the rumoured ambition of Fayemi to contest Nigeria Presidency against the rumoured presidential ambition of Tinubu is akin to ingratitude and an ‘Akintola politics’, should kindly seek for the truth so that the truth shall make them free.

“Credit for finding Fayemi was completely Adebayo’s, but it must also be said that Adebayo eventually enlisted Tinubu (who had known Fayemi since his days in exile) and Chief Bisi Akande to help convince Fayemi to take up the offer,” Oladapo stated.

“The story of how Fayemi was brought into politics was told by Otunba Niyi Adebayo, in a paper presented by him, titled “Life after government: Planning for the future” and was confirmed by the Ekiti State governor and his wife, Bisi.

“Adebayo revealed how, as far back as 2002, he had made up his mind to nominate Fayemi as his successor after he must have completed his second term in office (which never was at the time because he lost his re-election in 2003).

“He explained how Fayemi refused his invitation to join politics and declined the offer to contest gubernatorial elections”, adding that “after pressures here and there, Fayemi eventually accepted the offer, but with a condition that his wife, Bisi, who had initially frowned at the offer must also accept before he could go ahead.

“Adebayo spent another week convincing Bisi before she agreed. She, however, extracted a commitment from Niyi Adebayo, to always support her husband in his political journey and he consented.

“That was how Kayode Fayemi accepted to fly the party’s flag and he went to contest in the gubernatorial primaries under the then AC in October 2006. He eventually emerged as the candidate by defeating 13 other aspirants.”

The assertion as to Akintola Politics between Fayemi and Tinubu is coming against the increasing competition for political space between the two men ahead of the 2023 presidential primaries of the APC.

How Buhari Made Me Sell Off Intels Shares – Atiku