I Have No Certificate Problem - Dickson 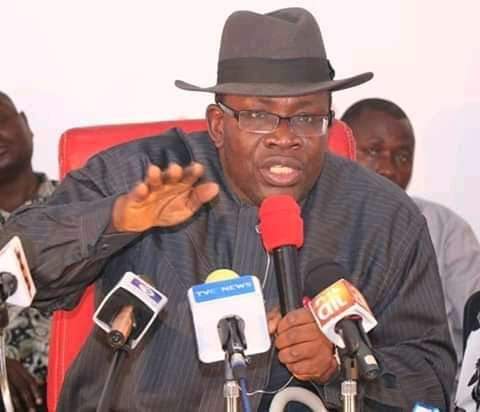 On Friday the Port Harcourt Division of the Court Appeal had overturned the judgment of the Federal High Court, Yenagoa, which had earlier thrown out a pre election matter filed by one Eneoriekumoh Owoupele against his qualification for the election.

Dickson in response assured his supporters to remain calm as he had nothing to fear over the suit he called an act of blackmail.

The court of Appeal held that the complainant’s action was filed within time while the lower court had held that it was statute barred as it was filed four days outside of time.

The Senator explained that the issue in contention was whether the date to file on pre election matter should run from the day a candidate submits his particulars to INEC or from the day INEC publishes those particulars.

He said that while he holds the Lordships of the Court of Appeal in highest esteem, he has instructed his lawyers to approach the Supreme Court for interpretation for the sake of clarity and development of the law, and for a definitive pronouncement on the issue.

I have no certificate problem Dicskon assures

He said that he would not yield to blackmail as there is no cause for alarm adding that the matter was frivolous, vexatious and attention seeking.

He said that the Court of Appeal did not say that he had a case to answer.,

The Senator who said that he had confidence in the Judicial system, added that the law would take its course at trial.

Ahead Of Edo Verdict, Suit To Stop Ize-Iyamu Filed