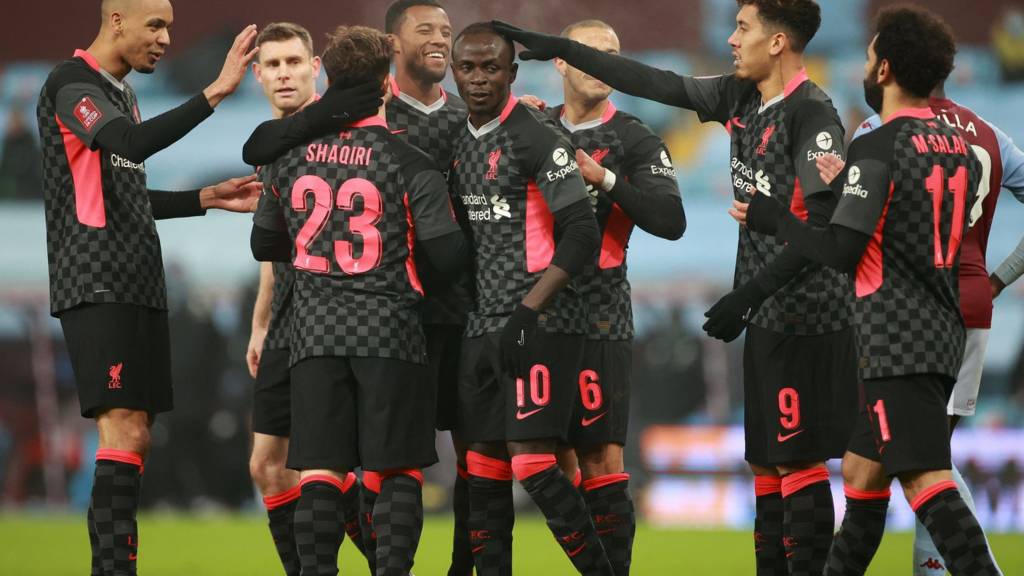 Liverpool scored three goals in five minutes to rout Villa in their FA Cup fourth round cracker on Friday at the Aston Villa stadium.

This was after the home side were forced to field academy players due to a mass COVID-19 outbreak among their ranks.

Sadio Mane scored twice for the English champions while Georginio Wijnaldum and Mohamed Salah added one each to cancel out a fine goal by Aston Villa’s 17-year-old striker Louie Barry.

The player was netting on his senior debut for the Midlands side.

Aston Villa stunned Liverpool 7-2 in the English Premier League (EPL) at the same venue in October, but they had no chance of emulating the success this time around.

Nine of their first team players and five staff members tested positive for COVID-19 on Thursday.

Aston Villa’s Under-23 coach Mark Delaney took charge of the game instead of first team manager Dean Smith and the club also closed their training ground following the outbreak.

Mane headed Liverpool into a fourth minute lead before Barry enjoyed a moment of glory in the 41st minute.

That was when he levelled as he raced clear of Rhys Williams and steered a low shot into the bottom left corner.

Liverpool’s incessant pressure paid dividends after the break with Wijnaldum restoring their lead on the hour.

He side-footed a sublime shot past goalkeeper Akos Onodi after good work from Salah and Takumi Minamino.

Mane made it 3-1 with a looping header from a Xherdan Shaqiri cross.

Salah sealed Liverpool’s progress with a shot on the turn past Onodi, who made an array of fine saves throughout the match. That was how Liverpool scored three goals in five minutes to rout Villa and move into the next stage of the FA Cup.

Liverpool manager Juergen Klopp was not entirely happy with the performance, having praised the youngsters while pointing out that his side had made too many simple errors.

“Problems in passing and moving. Too many on the wrong side of the ball, not enough recoveries of passes.

This was after he beat visiting goalkeeper Jack Butland with a thunderbolt from the edge of the penalty area.