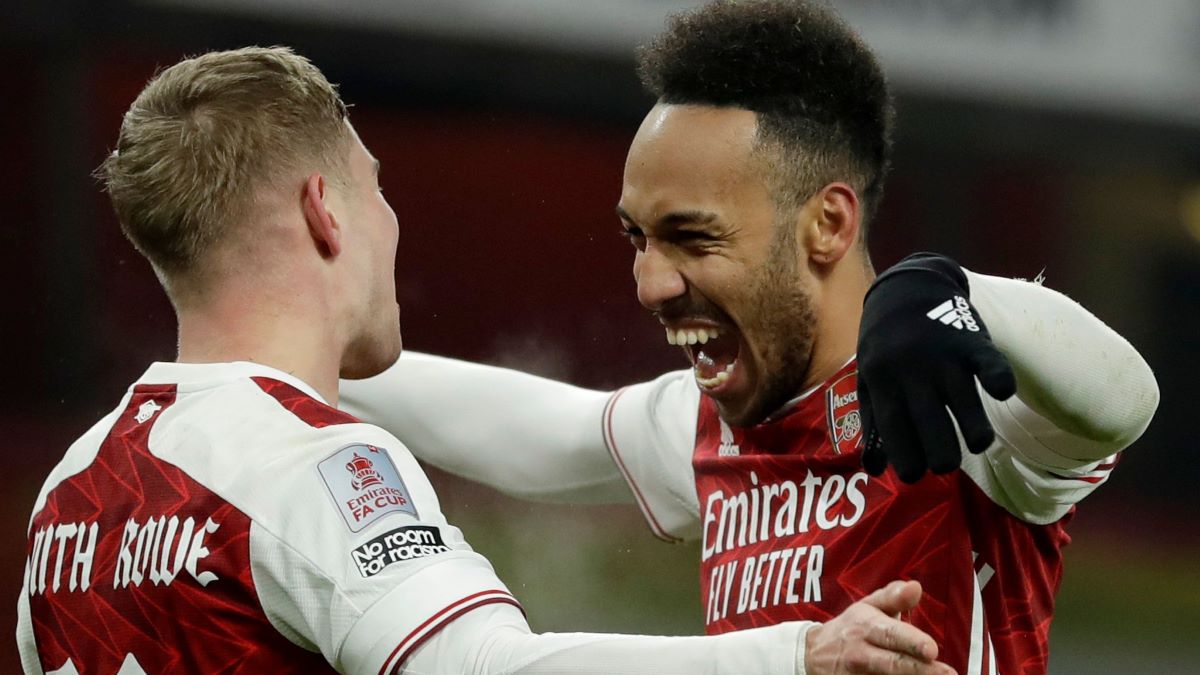 Arsenal continued a revival of fortunes with two extra-time goals against Newcastle in their FA Cup title defense cracker at the Emirate stadium.

Emile Smith Rowe and Pierre-Emerick Aubameyang were on hand with two strikes to hand the defending champions a 2-0 win.

In the first half, the Magpies sat back to soak the prere from the FA Cup holders. It was a half which was devoid of notable goal threatening attempts, however.

Only Willian managed to get the best goalscoring chance, however, he wasted it.

Forty five minutes in the second half was also not enough to separate the sides. However, Andrew Carrol proved to be an incessant menace for Arsenal’s backline. Three minutes after the restart, he struck over the bar.

He also wasted three more chances to put Newcastle ahead. He thought he had gotten the winning goal in the closing moments of the game, but, Arsenal’s Bernd Leno was reliable to deny him.

The holders would also have a few chances which weren’t finished off. Nicolas Pepe saw two of his shots go wide in the 51st and 71st minute. Aubameyang also failed to net from two efforts. A red-hot Bukayo Saka who came off the bench, let fly in 75th minute. His shot was well taken, though, he couldn’t keep it underneath the cross bar. Regulation time couldn’t produce a goal.

Unlike previous seasons when a draw meant a replay would ensue, the game would have to go into extra time. Granit Xhaka’s volley in the third minute of extra couldn’t give Arsenal the lead.

At long last, Smith-Rowe put Arsenal in front in the 19th minute of extra time. He was teed up by Alexandre Lacazette in the box, for him to hammer the ball beyond  Martin Dubravka into the Newcastle net.

One goal will become two when Kieran Tierney’s cross from the left found Aubameyang who tapped it in four minutes before the conclusion of the game. Game set and march, the Gunners jumped the first hurdle.

Arsenal have now won four consecutive games and will be aiming at extending their winning run when they come up against Crystal Palace in the Premier League.