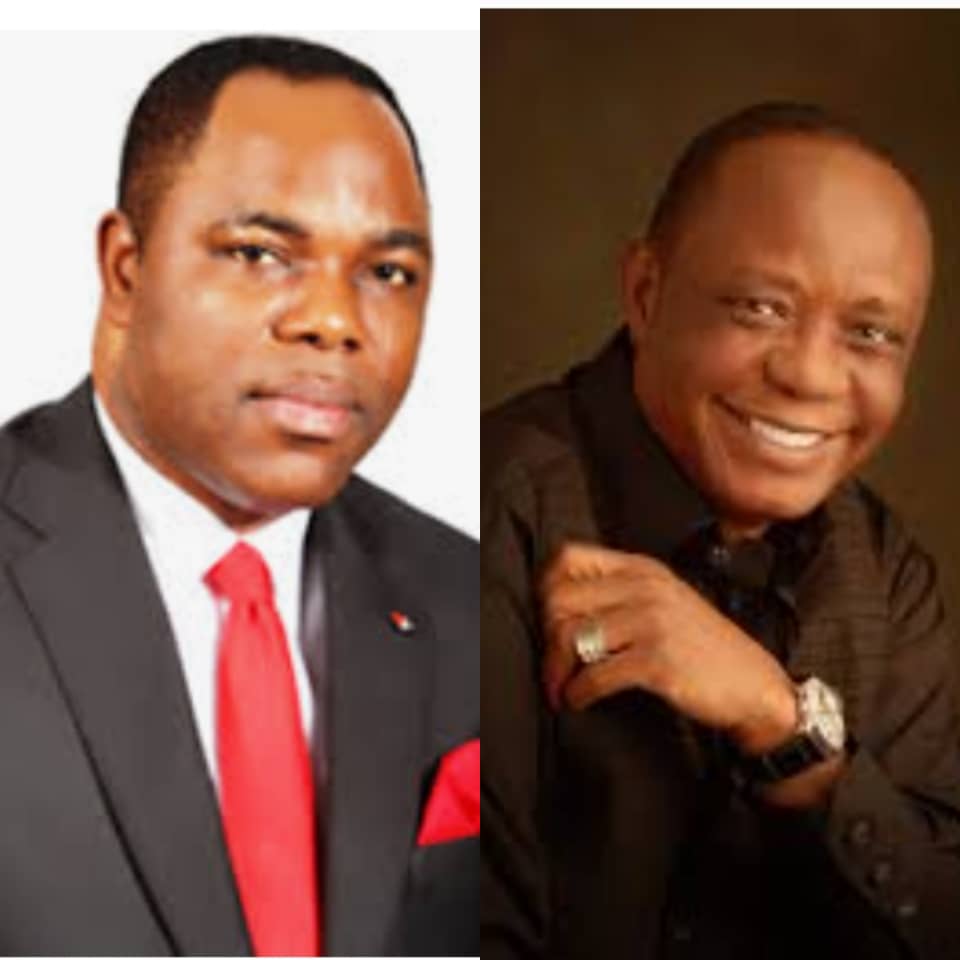 He has taken the All Progressives Congress (APC) sympathiser to the Economic and Financial Crimes Commission (EFCC) for alleged mismanagement, stealing and diversion of funds from their company, Ocean Marine Security (OMS) Limited.

The allegations were coming at a time Okunbo was indisposed. He had claimed that Ayeni, who had sold his shares in OML in 2018 and was duly paid, consequently upon which he resigned his appointment as Director and shareholder of the company, is trying to take undue advantage of  his ill-health to hijack the company by claiming that he is still a shareholder.

In the petition written by his counsel, Femi Fálànà (SAN), Ayeni gave a vivid account of how Okunbo allegedly tried to scheme him out of the company, saying he had since discovered “a lot of stealing and diversion as well as gross mismanagement of large sums of money belonging to the company.”

Ayeni also alleged that Okunbo, whom he said had been his partner since 2003, deceived him and took over control of the company while he was undergoing a court trial, which, he claimed, had distracted him.

Also, he said he and Okunbo invested in the Ibadan Electricity Distribution Company (IBEDC), but his partner moved the company’s account to another bank and abandoned repayment of a $100 million loan used to fund the acquisition of the power firm.

According to the petition, “Subsequently, Capt. Hosa Okunbo told our client that all accounts of the businesses that he was involved in for which he was a signatory, was being rumoured to be closed because of the trial our client was facing, and it was important for him to step aside from the Ocean Marine and its subsidiaries structure and hand over to him, so that he could protect the income sources as that was the only source of income with which to fund the faithful repayment of the gross liabilities, which were well over $150 million owed to a consortium of banks, led by Polaris Bank over the acquisition of the IBEDC and the YEDC DisCos as at the time.

“Our client agreed to the advice and did not doubt Capt. Hosa Okunbo’s sincerity and intention to act in good faith, based on the trust our client had in him as they had both been working and partnering  since July 2003.

“At no point was an actual sale of his interest in Ocean Marine Solutions Ltd or any of its subsidiaries or affiliates ever discussed, but Capt. Hosa Okunbo is trying to use the gentlemen’s arrangement to forcefully take over his holdings of the company whose monthly income is about $9 million.”

Okunbo invited Ayeni  on board of OMS where he acquired 35 per cent stake in the company. However, following his exit from Skye Bank, Ayeni had approached Okunbo that he would like to sell off his shares and cease to be a director of OMS.  Ayeni, using his company, Prime Union Investment Limited, specifically on August 15, 2018, agreed to sell his shares including the 175, 000, 000 ordinary shares in GYRO (and the 50, 000, 000 shares held by Mrs Ayeni) to Wells Property Development Company Limited for  N2bn (Two billion naira).

A special resolution of the board of Prime Union Investment Limited, signed by Ayeni and his wife, Biola, confirmed the sale of shares mid-August 2018. Following this agreement, Okunbo, on November 26, 2018, duly authorised the transfer of N1billion to Ayeni’s Olutoyl Estate Development and Services Ltd’s Sterling Bank account. The balance was mutually agreed to be paid on a monthly instalment.

The board of OMS went ahead to notify the Central Bank of Nigeria (CBN), and the Office of the Vice President about Ayeni’s resignation of his membership of the board of the OMS and its affiliate companies.

Acknowledging the agreement in January 2019, the CBN stated: “Please, be informed that the resignation of Dr Ayeni from the board of your company does not in any way affect his liability, or that of Ocean Marine Solutions Limited or any of its subsidiaries/group members, to Skye Bank Plc (now Polaris Bank Limited) and, indeed, any other bank in Nigeria.”

Similarly, on March 1, the Vice President, in an acknowledgement letter titled: ‘Re: Notification of Resignation and Share Divestment of Dr Olatunde John Ayeni’ signed by the Deputy Chief of Staff to the President, Ade Ipaye, applauded  Okunbo’s renewed commitment to service in the agricultural, aviation and hospitality sectors of the economy, adding: “Your Company’s statement has been duly noted and brought to the attention of His Excellency, the Vice President.”

In another document, the EFCC, through Muhammed Umar Abba, its Director of Operations, said investigations it conducted revealed that Ayeni had on August 8, 2018 sold his 35 million Ordinary Shares in Ocean Marine Solutions Limited and he is no longer a Director and shareholder of the company.

However, responding to Ayeni’s claim, the Management of OMS categorically stated that he (Ayeni) was no longer a part of either OMS or its associated companies as he resigned  in 2018 after selling all his shares.

“The attention of the Board of Ocean Marine Solutions Limited (OMS) has been drawn to several petitions written to various government agencies and widely circulated online, written, authored and orchestrated by Dr. Olatunde John Ayeni, a former Director and shareholder of OMS.”

“Dr Olatunde John Ayeni is no longer a Director of OMS and any of its associated companies, having resigned from OMS since August 2018, ”  adding that he sold and transferred all his shares and interests to Wells Property Development Company Limited for valuable consideration since 2018.

According to the management, when Ayeni became aware in September 2020 that Okunbo had health issues and was undergoing treatment in London, “he started making  claims that he is still a part of OMS.”

Ayeni was also accused of peddling misinformation to the Nigerian Financial Intelligence Unit (NFIU), about the spending in OMS (a company he stopped having any ties with since 2018) without a full understanding of how security companies work in Nigeria.

Ayeni also said that businessman and politician Prince Ned Nwoko, received   $6,000,000 (Six Million Dollars) from him and Okunbo, in a business deal with Ocean Marine Solutions (OMS) Limited, over which he allegedly promised to pay the company  $30,000,000 (Thirty Million Dollars).

He said that  Nwoko had approached OMS Limited, requesting it to fund the process for the Paris Club refunds to the local governments of Nigeria, and also that he (Nwoko) had charged 20 per cent of the refund as his fee, and that upon success, he would pay OMS  $30,000,000 as return for the funding.

However, in a letter to the Inspector General of Police, Mohammed Adamu, Nwoko denied Ayeni’s claim, stating that at no point  time “have I had any dealings with Ayeni or Ocean Marine Solutions in whatever capacity.”

Describing Ayeni’s assertion as “a malicious statement devoid of truth”, Nwoko stated that he has “never received any sum from Ayeni which he purported in his petition and has never played any role whatsoever as it relates to this transaction.”

“All transactions on the subject matter were done directly with Capt. (Dr.) Idahosa Wells Okunbo in his personal capacity to the exclusion of any other party, including Ocean Marine Solutions Limited. To suggest otherwise as contained in the said petition is merely a malicious statement devoid of truth.”

Nwoko urged the IGP to yield no credence to the contents of Ayeni’s petition, as he had no clue “as to the nature or extent of my involvement with ALGON.” He clarified that he only met Tunde Ayeni “in connection with ALGONS contract for the supply of ambulances, which were to be funded from the Paris Club refunds (5 per cent of the judgment sum) and this project is still pending for all that I know.”

Nwoko added: “I am not aware of any payments in connection with this project.”