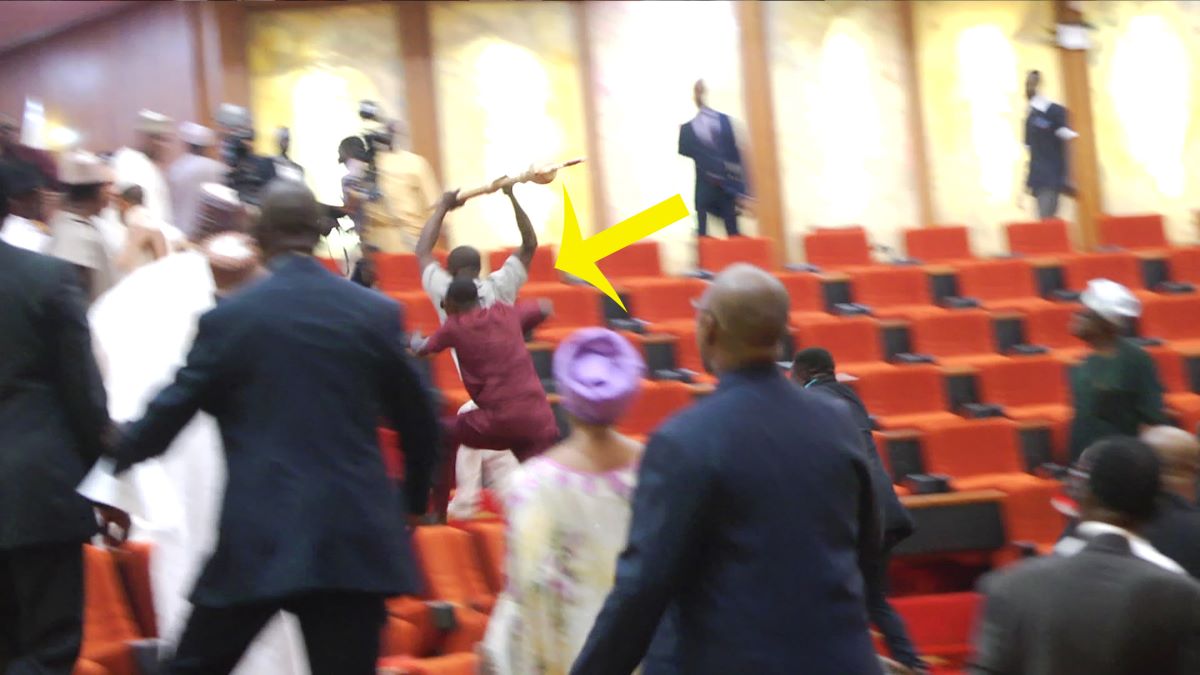 The Peoples Democratic Party, PDP has asked President Joe Biden to sanction violators of Nigeria’s democratic process including those behind the 2018 Senate mace snatching incident and those involved in the rigging of elections in Kogi, Kano among other states.

In a statement made available to GWG, the PDP said All Progressives Congress, APC leaders and officials of the Muhammadu Buhari administration allegedly involved in corruption should be placed on US Visa ban among other sanctions.

“Our party condemns the invasion of the US Capitol and welcome the prompt arrest of culprits. In that vein, we urge President Biden to announce strong sanctions against those who invaded our courts as well as the chambers of our Senate where they disrupted parliamentary session and carted away the mace.

“It is indeed sickening that the same individual who ought to be in jail for leading the invasion of our Senate chamber is shamelessly presiding over the proceedings of the Senate under Buhari’s watch.

“Furthermore, the PDP urges President Biden to assist our country in the recovery of over N15 trillion stolen by APC leaders including the N9.6 trillion detailed in the leaked NNPC report as well as the over N6 trillion stolen in various ministries, agencies and departments of government under the Buhari administration.

“President Biden is invited to act on the report of the Department of State detailing cases of human right abuse, arbitrary and extra-judicial killings, illegal arrests, detention, torture, shooting and killing of voters, massacring of peaceful protesters as witnessed in the EndSARS protests as well as other atrocious crime against humanity under the Buhari-led APC administration which were also reported by the Amnesty International (AI) and Transparency International (TI).

“Moreover, our party urges President Biden to offer  support in saving our democracy by enforcing firm sanctions on APC leaders and their agents in Independent National Electoral Commission (INEC), security agencies and the judiciary, who openly undermined our democracy by manipulating elections, deploying thugs and security operatives to unleash violence to rig elections in Kano, Ondo, Kaduna, Katsina, Ekiti, Niger, Plateau, Rivers and Kogi states among others.

“In Kogi, security agents were deployed to shoot and kill voters, cart away ballot boxes, while police helicopter was deployed to fire tear gas on innocent Nigerians, burnt an innocent woman to death, altered election result figures to declare themselves winners.

“Such sanctions should be extended to all individuals who participated or benefited in the undermining of the Imo state governorship election at the Supreme Court, where a person, who was not a candidate in the election was suddenly declared winner, after which brute force was used to subdue the people.

“President Biden is also called upon to impress it on President Buhari to vanquish terrorists, bandits and kidnappers ravaging our nation by rejigging our security architecture and replacing his wearied service chiefs with more competent hands.”