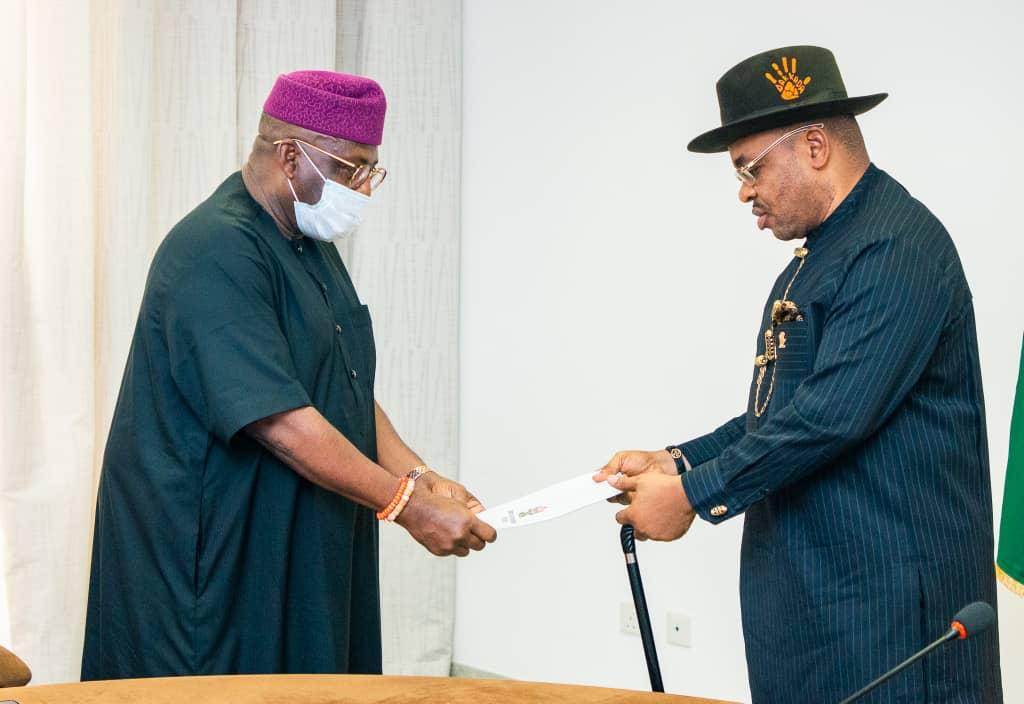 The Peoples Democratic Party, PDP, has condoled with Governor Udom Emmanuel of Akwa Ibom State over the death of the State Chairman of the Party, late Obong (Hon.) Udo Ekpenyong.

The South-South zonal executive of the party which expressed the party’s condolence said that the late Ekpenyong would be remembered as a result oriented leader who helped to galvanise the party in the state and the South-South.

National Vice Chairman, South-South, Chief Dan Osi Orbih spoke when he led a delegation of the party’s zonal executive to Governor Emmanuel on Friday in Uyo.

Addressing Governor Emmanuel, Chief Orbih noted that the PDP family, especially in the South-South, and indeed Nigeria, has lost a strong pillar of the party with the passing of late Obong Udo Ekpenyong.

Chief Orbih said that within his short stay in office, the late Udo Ekpenyong was already interfacing with the Zonal Secretariat of the Party and making robust suggestions on how to multiply the gains of the PDP in the region.

Chief Orbih told Governor Emmanuel that the PDP will continue to remember the late State Chairman for his result-oriented contributions which were critical to the advancement of the south south region.

How Buhari Begged Obasanjo In 2015 – Oyinlola