2023: Jonathan Only Laughing With APC - Baraje 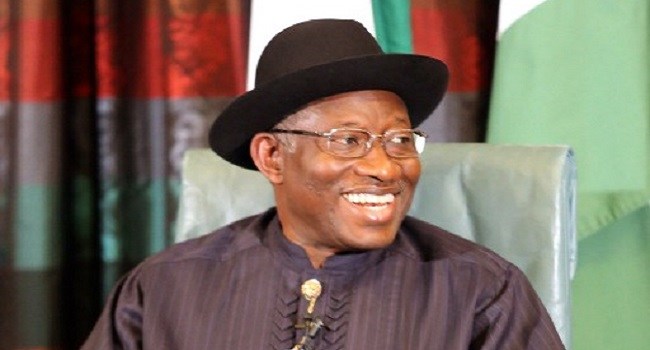 Former acting national chairman of the Peoples Democratic Party, PDP, Alhaji Abubakar Baraje has dismissed suspicions that Dr. Goodluck Jonathan would fly the 2023 presidential ticket of the All Progressives Congress, APC. Baraje said that Jonathan was only laughing with the APC.

Baraje spoke in Ilorin, Kwara State on the sidelines of prayers organized to mark his 70th birthday. Among the dignitaries at the prayer ceremony was erstwhile president of the Senate, Senator Bukola Saraki.

Said Baraje: “The Jonathan I know will not be hoodwinked by the APC governors overtures. Dr Jonathan will continue to talk and laugh with them, if they are not careful some of them that went on that visit might end up declaring for PDP.

“The issue of wining Jonathan to their side is not a threat to PDP because we know and trust Jonathan. We know who he is. We know that he realises that PDP had done more than enough in his life and he is always saying it. So we are very confident of the former president,” as he affirmed that Jonathan was only laughing with the APC.

“There is very big hope for the PDP in 2023. PDP has a kind of internal control mechanism to resolve crisis not like any other party.

“Like any political party anywhere in the world you must have differences. It is only abnormal when it is becoming a tradition. Mark you it is not only in PDP. It is worse in other parties. And I make bold to say that it is worst in the ruling All Progressives Congress (APC). I make bold to say that by the time the crisis in APC snowballs and bursts, there would not be APC again.

Besides his claim that Jonathan was only laughing with APC, Baraje said:

“The PDP has kicked the ball rolling. We have set up a committee headed by former Senate President Bukola Saraki. His reconciliation committee is to bring back cooperation, integration and rehabilitation of the party. It was officially launched in Abuja.

“PDP works in a wonderful way. What looks impossible today will become a reality when the 2023 election year gets closer. In fact, 11th hour to 2023 is when you will know the capacity of the PDP. Even with my short stint with APC before I quickly ran back to PDP I still met that tradition here.”