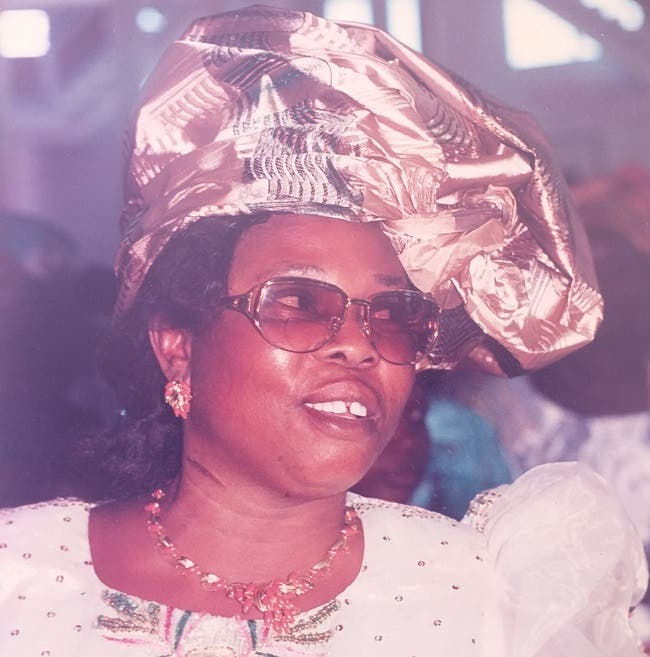 Mrs Esther Kokori, wife of a foremost labour leader, Chief Frank Kokori, was, on Friday, laid to rest in her hometown , Ohrerhe-Agbarho in Ughelli North Local Government area of Delta. He also used the opportunity to lament an ancient Urhobo culture on burial.

The News Agency of Nigeria (NAN) reports that the deceased was interred after a funeral service, held at St. Jame’s Anglican Church, Oviore- Ovu, Ethiope East Local Government area of the state.

NAN also reports that the event was attended by family, friends and associates of the Kokoris.

Kokori, a former General Secretary, National Union of Petroleum and Natural Gas Workers (NUPENG), in his remarks, expressed appreciation to those present at the ceremony.

The former unionist and elder statesman, however, expressed displeasure over what he termed: “rustic Urhobo traditional practice”, which made it compulsory for women to be taken to their ancestral homes for burial.

Kokori said that children and husbands should be allowed to decide where their deceased women should be buried.

“All over the world, in Europe, America and even in Israel, the graves of husbands and wives lay side-by-side.

“Look at our closest neighbour here, the Isokos, when a woman dies, she is buried in her husband’s place.

“So time changes; some traditional beliefs that are not in sync with the present day reality should be thrown away,” he said as he lamented the Urhobo culture on burial of spouses.

Kokori extolled his wife, who died at the age of 53, describing her as a “pillar of democracy, wonderful mother and virtuous wife.

“You sustained the great resistance against the most brutal dictator of our nation when your husband was locked up in a desert prison for four years at Bama in Borno.

“You stood like the rock of Gilbralta behind your husband during his struggles to rescue a dying nation.

“Your service to God and humanity will forever remain a blessing to all of us you left behind,” Kokori said.

Also speaking, the National Chairman of NUPENG, Mr Williams Akporheha, described the late Mrs Kokori as an epitome of womanhood and struggle for democracy.

“She was a brave and courageous woman, that even under a military regime, she was not afraid to challenge the junta. We will miss her greatly.

“May God give her family the fortitude to bear the loss,” he said.

NAN reports that Mrs Kokori died on Nov. 10, 2020 during a protracted illness in Lagos.