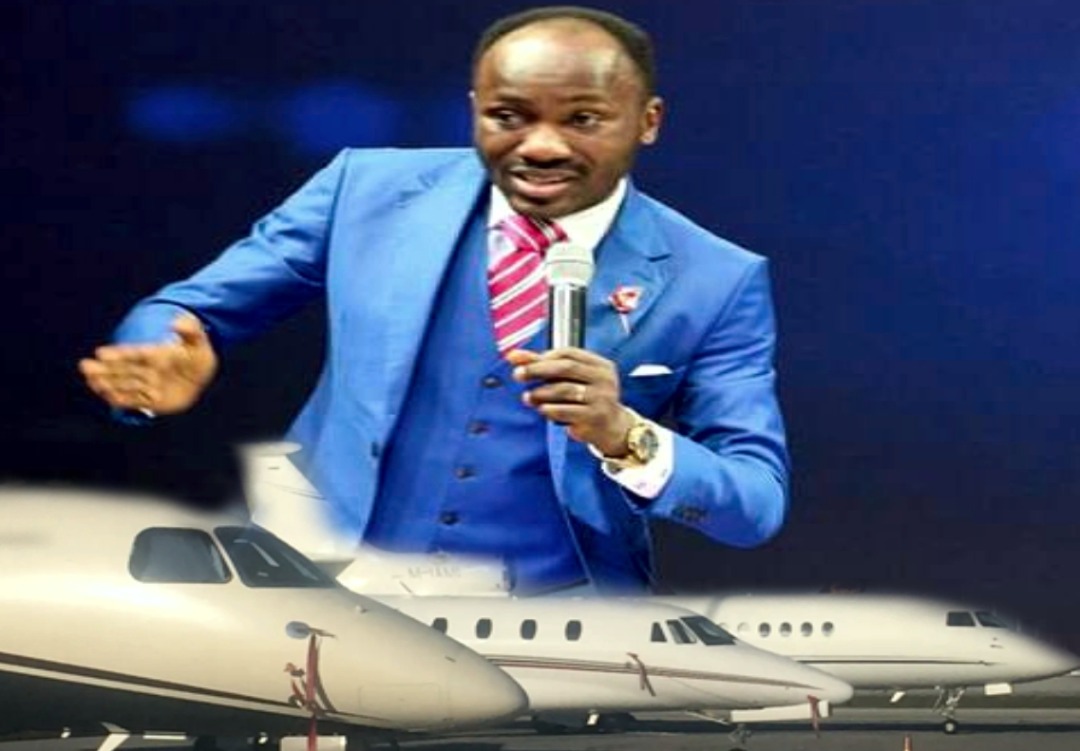 General Overseer of the Omega Fire Ministries International, Apostle Johnson Suleman, has expressed regrets over his statement in a viral video stating ‘he prayed for COVID-19 not to end.’

Apostle Suleman, in the viral video which attracted a widespread backlash, also said he bought his third private jet during the pandemic.

Responding to the widespread criticisms while preaching to a congregation, he regretted saying the statement adding that it was said in error.

In the now viral video obtained by The Nation, he said: “There is a video trending about me, it was posted by a pastor. It was a programme I had in Abuja. I was trying to explain something about COVID-19, when they showed me the video, I discovered it slipped out of my mouth. There is no pastor that will not pray for COVID-19 to end.

READ ALSO: Pastor In Captivity Cries For Help As Boko Haram Gives FG A Week Deadline To Secure His Release

“That of COVID, I regretted the way it came out. I was telling them my wife was so happy that I was at home, not that we were happy that we were dying. That is insensitive. When I saw the video, I went down on my knees and said holy spirit I cannot say this.”

He said the video was edited in some parts. He however wondered why people were angry over his claim of having three private jets saying he has done other philanthropic gestures like building federal roads, building houses for widows, buying transformers, paying graduates salaries.

Speaking on his claim of having three private jets, he said: “If you are angry, I mentioned three jets, you go just die. That’s the truth”.

“God will only be angry with me if I take offering and tithe to buy a plane. But if I have avenues of God blessing me, what’s your business? Is your money missing?”