Why I Poured Boiling Water On My Husband - Wife 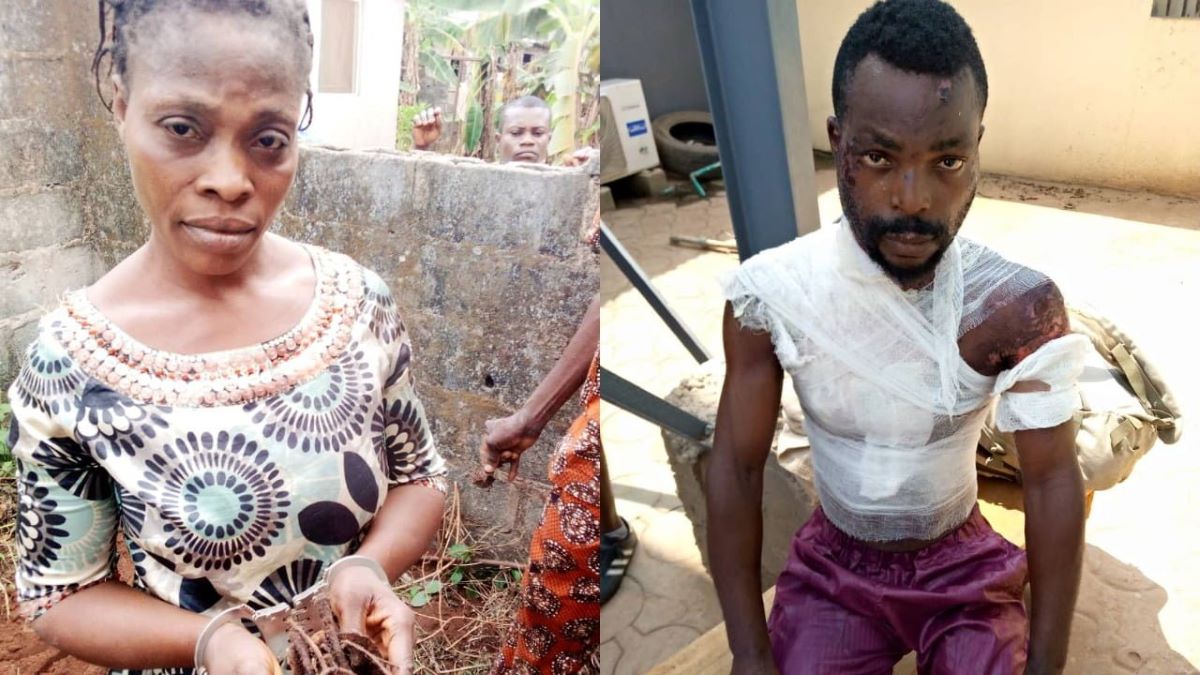 A 43-year-old housewife, Bisola Awodele in Ogun State has cited her husband’s habitual drunkenness as the reason why she poured boiling water on her husband, Peter Phillips, thereby causing him grievous bodily harm.

Investigations in the case subsequently led police detectives to the killing of the couple’s new born baby eight months ago.

The Police Public Relations Officer in the state, DSP Abimbola Oyeyemi, disclosed these in a statement on Sunday.

Oyeyemi giving details of what happened, he said that police launched an investigation after the distressed husband rushed to the hospital over what happened to him last Monday.

The PPRO said, “Upon the report, the Area Commander, ACP Muhideen Obe, quickly directed his JWC section to effect the arrest of the woman.

“The team swiftly moved to the scene, where the suspect was promptly apprehended.

“On interrogation, the suspect explained to the police how her husband was fond of coming home drunk always without contributing anything to the welfare of her and the children.

Wife Explains Why She Poured Boiling Water On Husband

“She stated further that on that fateful day, the husband came home drunk as usual, and while she was complaining about his act of drunkenness, the man started insulting her and her parents, which infuriated her, consequent upon which she poured hot water on his body.

“Preliminary investigation also revealed that the suspect gave birth to a baby about eight months ago, but she killed and secretly buried the baby out of frustration.

“The investigating team has since followed her to the secret grave of the killed baby, where the carcass was exhumed.

“The husband has been taken to the General Hospital, Ota, where he is presently recuperating.”