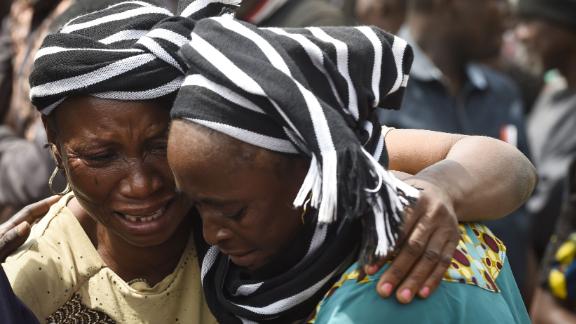 Tension has continued to rise in Owukpa community of Ogbadibo Local Government Area of Benue State as women in the community have continued to troop out to protest against the mining of coal deposit in the naturally endowed Idoma community and invasion of herdsmen.

The protesting women in their chant lamented that they had been neglected for years, saying: “We have no motorable road, we have no light, we don’t have potable water, no medical facilities, we have no schools.

“Stop the mining of our only gift from God since the government has forgotten us and has refused to give us basic infrastructures”.

They maintained that leaders in all tiers of government have abandoned the community and have allowed them to wallow in hardship.

The ODA Chairman stated while addressing the women that construction of road projects in the community would commence on Wednesday.

But the aggrieved protesters did not believe him, saying they are fed up with “empty promises.”

The women vowed to shut down the mining sites pending when there is a visible effort on the road construction and the provision of other basic social amenities.

In another development, the women raised the alarm over an alleged innovation of some parts of the community by Fulani herdsmen.

According to them, the herders who are known nationwide for unleashing mayhem on farmers in their host communities, have taken over some parts of the community including Ankpa, Ai’Odu and other villages.

The Chief Security Officer (CSO) in the community, Mr Godwin Okpe popularly known as Wisdom, told Newsmen that there was tension in the entire village over the activities of the herders.

“They are currently camping at Ankpa as I’m talking to you. Many residents are presently in great fear due to the news of what they have done in other places”, he added.

When asked if the community leaders are putting up measures to forestall their dangerous activities, he said, “I can’t tell you that now. It’s either they are doing nothing or they don’t carry us along”.

Effort to reach the Divisional Police station at Orokam failed as the DPO could not be reached for comments.

Related Topics:Idoma community
Up Next