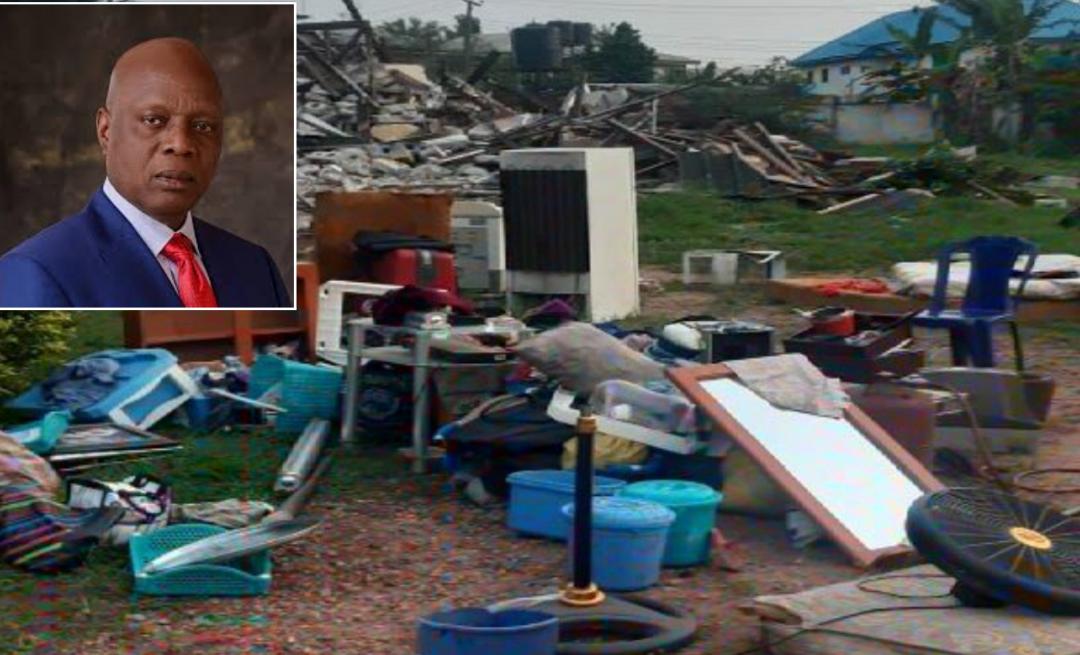 Governor Godwin Obaseki has said that the demolished properties of former office holders were among 11 choice properties reportedly handed out to Adams Oshiomhole’s cronies as parting gifts at the end of the former administration.

Obaseki who admitted being a beneficiary of the parting gifts, in a statement on Thursday, said the eleven were about the only available government properties in the Government Reservation Area, GRA in Benin City.

He said that the recovery was done in the public interest to ensure that the government does not have to buy property at the market rate should it need such property in future.

“On December 21, 2020, the Edo State Governor, Mr. Godwin Obaseki, revoked the Certificates of Occupancy (C-of-O) of 11 government properties within the Government Reserved Area (GRA) which were allotted to former political office holders, companies and private individuals as parting gifts on the eve of the exit of former Governor Adams Oshiomhole from office.

“One of the properties was allocated to Governor Obaseki and was also revoked.

“The properties have been revoked and recovered and therefore automatically belong to the original owner, which is the Government of Edo State. Therefore, the persons occupying the said properties are doing so illegally and are trespassers.

“The action taken by the Edo State Government on Tuesday, March 23, 2021, was to evict the trespassers and squatters from these properties and effectively take possession of the assets. Therefore, the claims by the affected persons that their personal properties were demolished are false and baseless.

“It is instructive to note that one of the properties in question to which a former Deputy Governor of the state, Dr. Pius Odubu, lays claim is actually the official Lodge of the Secretary to the State Government of Edo State (SSG). The implication of this is that all SSGs after Comrade Adams Oshiomhole’s administration will not have an official residence.

Obaseki in faulting what he faulted as the distribution of the properties to Oshiomhole’s cronies, said:

“Some of those affected, including a former governor,ave now resorted to media blackmail when in fact they forcefully ejected senior academic staff of the University of Benin (UNIBEN) from these government properties, only to convert them to their own private use.

“Contrary to insinuations that government embarked on the recovery of the properties out of vendetta, the truth is that these are the only remaining properties in the GRA that belong to the state government. If they are allowed to be taken over by these private individuals, it means that when government wants to embark on any project within the GRA, it will have to resort to purchasing from the open market.

“The governor has a fiduciary responsibility to protect and act in the best interest of the people of Edo State and will never betray the public trust they have reposed in him.”