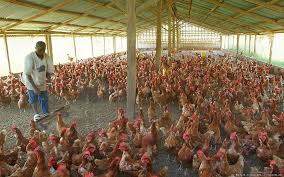 An Abuja Upper Area Court in Zuba on Friday discharged a 21-year-old security guard, Mubarak Ibrahim, charged with the theft of 51 birds and 99 creates of eggs.

The Judge, Gambo Garba, discharged the defendant following an application by the prosecution counsel, Chinedu Ogada, to strike out the case for lack of complainant’s interest.

Garba said: “having heard the prosecution’s application to strike out the suit for lack of complainant’s interest to continue in the matter, the case is hereby struck out.

“The defendant is also discharged of all criminal charges.”

He, however, warned the defendant never to commit such offence again and said “consequently, the First Information Report (FIR) is hereby struck out.’’

Ibrahim had pleaded not guilty to the allegations on Feb. 9 and was granted bail and had always appeared in court for hearing in the case but the complainant had refused to testify.

The defendant was charged with theft by a servant contrary to section 289 of the Penal Code.

The prosecution counsel blamed the complainant, Edosa Philip of No 1 Chukwuke Street Kubwa and sole witness, who reported the matter at Kubwa Police Station for refusing to testify.

The counsel said Philip never appeared in court since the birds and eggs theft was first mentioned and all efforts to make him come to court proved abortive.

In the FIR, Philip alleged that he employed Ibrahim as a security guard in his poultry farm to guard and secure his birds.

Woman Hides 234 Grams Of Heroin In Her Private Part