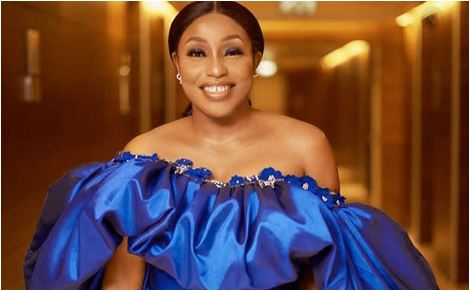 Mildred Okwo, the director of the movie also confirmed the development on social media.

He tweeted, “Film House has removed us from all cinemas except these ones. I guess it is to make way for their new film. it is their cinema and they will do with what they please…”

Reacting to the news on social media, fans of the movie accused the top exhibition and distribution company of playing double standard in favour of the newly released Niyi Akinmoyan directed ‘Prophetess’ which it co-produced and distributed.

Okwo further revealed that Film House had prematurely taken her 2015 movie ‘Surulere’ off its cinemas in its second week.

According to CEAN’s report, ‘La Femme Anjola’ currently tops the box office in second place grossing N8,102,100 in its first week from screening in 49 locations.

Film House is yet to publicly clarify the reports. However, its Communications Analyst, Jude Martins replied Okwo albeit unofficially.

In his deleted tweets, Martins trolled Okwo and accused her of trying to score cheap publicity.

Blessing Effiom Egbe twitted: Wow. Mil. I’ve been mute since I heared this. I dont even know what to say. Lafemme Anjola will still do well. It will do numbers elsewhere. You put in so much work in that film and it will pay off in the end. Distribution in Nigeria is tough. Very tough. We have to find ways.

La Femme Anjola is a crime thriller directed by Mildred Okwo, a young male stockbroker’s life, depicted by Nonso Bassey, goes off the rails when he meets the beautiful wife of a wealthy gangster, played by Rita Dominic.

The story is set in Lagos and Cape Town.

Related Topics:‘La Femme Anjola’
Up Next

Man Transfers N5,000 To Shut Down A Disrespectful Boy On Twitter

Funke Akindele Gushes Over JJC Skillz As He Celebrates His Birthday