Why You Must Reduce Intake Of Salt, Seasoning 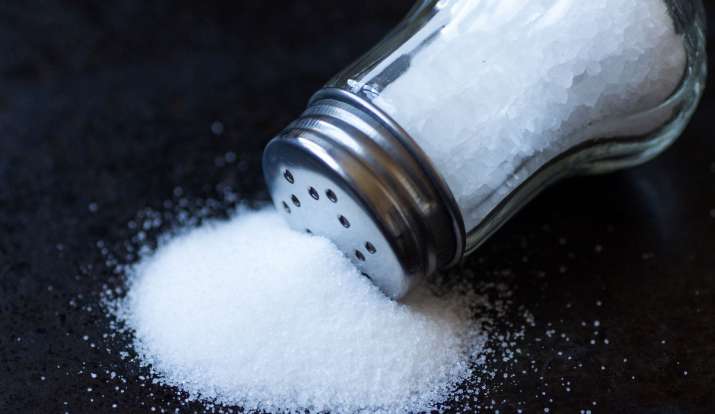 A don, Prof. Henrietta Okafor, has urged families to reduce the intake of salt and seasoning to protect the kidney from malfunction.

Okafor, who is a Professor of Peadiatrics with the University of Nigeria, Nsukka (UNN), made the call in Enugu during 163rd Inaugural Lecture of UNN titled: “Sustaining Healthy Kidneys from Nascence: The Role of Watchmen.”

She said that families, especially mothers, had a lot to do to ensure healthy kidneys of their family members, particularly children, by ensuring healthy diet devoid of excessive salt and seasonings.

She added that “members of the family as watchmen start with the mother who prepares the meal of the whole family.

“Our mothers must help family members by ensuring that less quantity of salt or seasonings are added to meals.

“Apart from kidney malfunction, which excess salt and seasoning can cause and can lead to hypertension and other complications for other internal organs.”

Okafor, who lamented what she described as “increasing rate of chronic kidney disease among children”, noted that the challenge was also caused by environmental, hereditary and negative life-style of intake of hard drugs and alcohol among pregnant women.

She urged mothers to monitor their babies’ kidney during ultra-scan before birth, as well as urination of their children and its flow up until
two years.

According to her, this is to detect if there is malfunctioning of the urinary track which might be caused by an unhealthy kidney.

“Prevention and early detection of kidney problem in children is the key to allow for proper medical attention, monitoring and management by paediatrician and the family assisting as well,’’ she said.

The don appealed to various level of government to assist in the treatment of kidney ailment especially that of children as it is obtainable in other countries.

“Due to high cost associated with kidney management and cost of getting a kidney transplant; it is difficult for majority of families living under poverty to cope with it.

“Some families when their tender child has been confirmed to have kidney problem; they loss hope on the child’s  survival.

The don called on the media to project and promote healthy living and encourage people to take right and balanced diets throught their reportage.

“The watchmen role of those in the media remain critical, especially in projecting healthy life-style and ensuring unhealthy substances were not promoted or projected in any form in the media,’’ she said.

The lecture was attended physically by UNN management, deans of faculties, heads of departments and academia, while 150 scholars joined virtually from all over the world.

Why I’m Better Off As A Solo Artiste – Peter Okoye