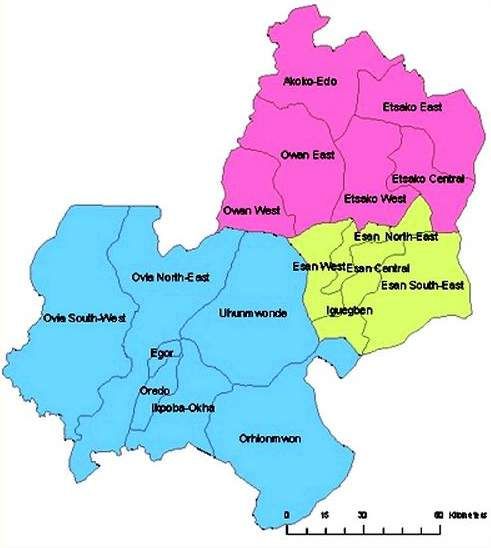 The Edo State Government has sacked a monarch, HRH Benjamin Ikani, the Oliola of Uzanu clan of South East Uneme with immediate effect. The minister of state for budget and planning, Prince Clem Agba who is of royal blood is from the area.

According to a statement issued by the Secretary to the State Government, Osarodion Ogie, the action is predicated on the incessant and flagrant disregard to the peace agreement and Government directive to maintain peace in Uzanu community and its environs by the Oliola.

The government has also approved the Revocation of South-East Uneme Clan in Etsako East Local Government due to unending communal clashes that have threatened the peace and security of other communities leading to the death of many, Saturday Independent reported.

Comrade Philip Shaibu, the Deputy Governor of the State, had earlier threatened that the State Government would be forced to issue an Arrest Warrant on Prince Clem Agba, Minister of Budget Planning over his role in fanning the ember of war within communities in the State.

Comrade Shaibu stated this in an earlier enlarged meeting between waring communities where the Uzanu leadership display outright disdained to abide by government position on the communal dispute threatening to cause unrest in the State forcing government to come out with a lasting solution on the issue.

Trouble was said to have started early this year when the Igiode Community accused Agba, who is from Uzanu clan, of removing government beacon demarcation and trespassing deep into Igiode land.

Agba’s action was allegedly undermined the government’s earlier white paper issued two years ago on the adjustment and demarcation of the boundaries which once restored peace and normalcy.

SATURDAY INDEPENDENT learnt that with the dissolution of Uzanu clan, the Uzanu village has been returned under the leadership of HRH George Egabor the Okumagbe of Uwanno Kingdom as the office of Oliola no more exist.