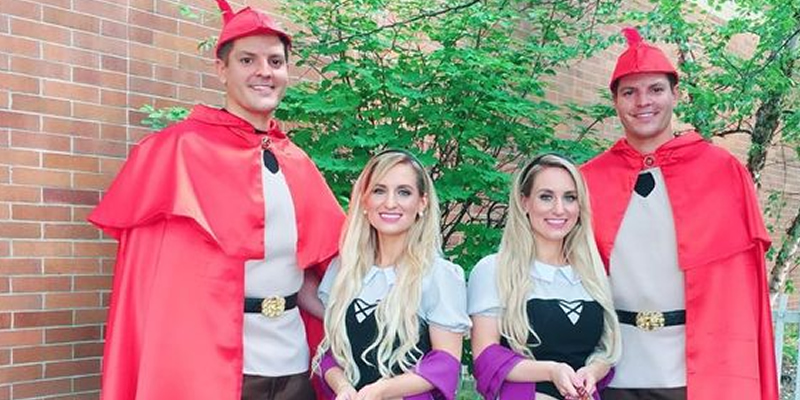 According to Daily Star UK, Brittany and Briana Deane, 33, met their husbands Josh and Jeremy Salyers back in 2017 while attending a festival dedicated for twins.

It was gathered that their fairytale continued as each couple got engaged just six months after meeting before tying the knot in a joint ceremony in 2018.

Then things got even better when the identical twins got pregnant at the same time back in August last year.

Both sets of twins live in the same house in Virginia, US, while raising their new baby boys.

Briana and Jeremy had a son called Jax, while Brittany and Josh welcomed a boy who they named Jett.

This week Jeremy showed off a first snap of Jax on Instagram.

He wrote: “I am so proud of my beautiful wife, Briana, and how well she did.

Police Commence Investigation Into Killing Of 9 In Nasarawa