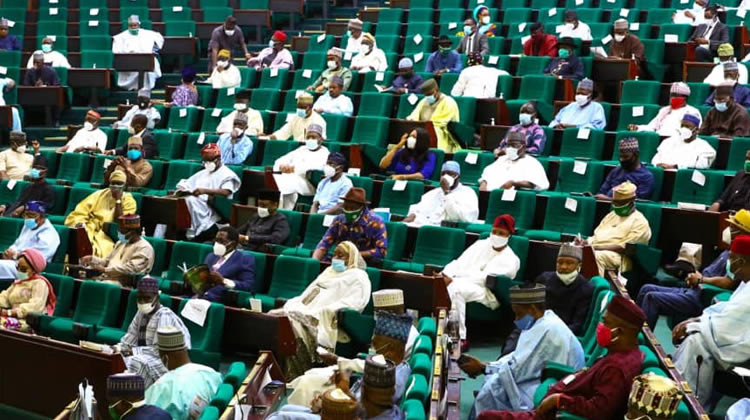 The House of Representatives on Wednesday passed for second reading, a bill seeking to make Vocational Studies a compulsory subject in secondary schools.

The legislation, sponsored by the lawmaker representing Adavi/Okehi Federal Constituency of Kogi State, Joseph Bello, is titled ‘A Bill for an Act to Provide for the Compulsory Teaching of Vocational Studies in Syllabuses of Secondary Schools in Nigeria.’

A summary of the proposal read, “The bill intends to make the development and teaching of vocational subjects compulsory for all secondary schools, whether public or private, failure of which attracts penalty as provided in Sections 1 and 2 of the bill.

“Make it mandatory for every secondary school graduate to have at a Credit pass in at least one vocational subject as prerequisite for further studies in higher institutions in Nigeria as provided for Section 1(2) of the bill.”

Leading debate on the bill at the second reading on Wednesday, Bello noted that over the years, the growing rate of unemployment, especially of the teeming young population, “is alarming and worrisome.”

The lawmaker made reference to the data released by the National Bureau of Statistics for the Second Quarter of 2020 which showed that about 21.7 million Nigerians are unemployed, out of which a staggering 13.9 million of them – “which is more than the population of Rwanda and several other African countries” – are youths within ages of 18 to 30 years.

“Unfortunately, these statistics are predicted to grow even worse, as the frightening state of insecurity, dwindling oil prices and dire consequences of COVID-19 pandemic, continue to take toll on our economy,”

Considering the one often-mentioned reason for the high rate of youth unemployment in the country is our educational system, which experts say is designed to produce graduates for white-collar jobs rather than becoming entrepreneurs and employers of labour. Unfortunately, this has led to unabated poverty, which in turn has spiked widespread insecurity such as terrorism, kidnapping, robbery and other violent crimes across the country. This is because ‘an idle mind is the devil’s workshop’.

“The above dire situation, therefore, requires that parliament should urgently come up with legislative instruments that will fine tune our educational system and this is what the bill before this hallowed chamber is about.

“This bill, in essence, seeks to mainstream the study of vocational subjects such as woodworks, tailoring, catering, photography, videography, business studies, printing and stenography, farming and agriculture, automobile, ICT, electrical/electronic works, just to mention a few, into our core educational system right from 155 to $55 level, in such ways as to transform all our secondary schools into ‘skill acquisition centres’ and by so doing we will be ‘catching them young.’

In other words, it is preparing our young people for employment in the workplace by equipping them early enough, with the right mindset as well as with the right job—specific and employability skills, which will connect them with the business community, either as workers or as entrepreneurs and small business owners.”

Meanwhile, the House is considering a bill to establish a commission to supervise the duties and activities of the National Board for Technical Education.

The NBTE, which is under the Federal Ministry of Education, supervises, regulates, oversees and accredits courses and educational programmes offered by technical institutions at secondary, polytechnic and monotechnic levels.

According to the sponsor, Saudi Abdullahi, who is representing Bida/Gbako/Katcha Federal Constituency in Niger State, the National Commission for Polytechnic (Establishment) Bill 2021 will address some of the demands by lecturers under the umbrella of the Academic Staff Union of Polytechnics, who have been on strike.

The explanatory memorandum on the bill reads, “The Act sets up the National Commission for Polytechnics as a body corporate and charges it with responsibility for advising the Federal Government on all aspects of technical education falling outside the universities, including the general development of polytechnics, monotechnics, colleges of technology, and other similar institutions; and the establishment and location of new ones.

“It is to act as the central agency for channelling financial contributions emanating from government or other bodies to the said institutions, and for the development in collaboration with the ministries and organisations having technical programmes, of the system of national Certificate for Technology and other skilled personnel.”

The bill proposes that the National Commission for Polytechnic “shall take precedence over the provisions of National Board for Technical Education Act as it relates to polytechnics and colleges of technology.”

The proposed NCP shall have a governing board consisting of a chairman, who shall be appointed by the President; and a representative each for the Federal Ministry of Education; Ministry of Labour, Employment and Productivity; Ministry of Agriculture; Ministry of Science and technology; polytechnics; colleges of technology; states of the Federation, in rotation; Industrial Training Fund; National Employers Consultative Assembly; and the National Manpower Board.

Six persons are to be appointed on individual merit on a nationwide basis to represent each of the six geopolitical zones of the country, who should have wide experience on services in the public or private sector; and at least one of the six shall be a woman.