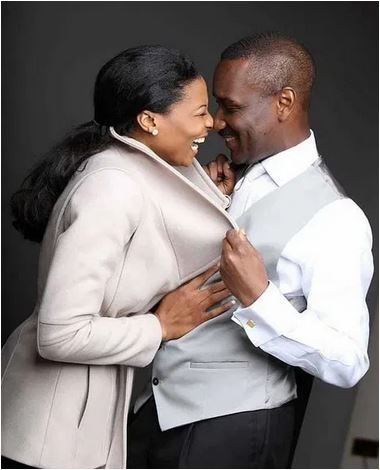 Senior pastor of Trinity House Church, Pastor Ituah Ighodalo has opened up on remarrying following the death of his wife, Ibidun.

Recall that Ibidun, owner of a popular event company in Lagos State, Elizabeth R, died of cardiac arrest in her hotel room in Port Harcourt, Rivers State in June 2020.

Aged 40, Ibidun graduated from the University of Lagos and settled for adoption after going through eleven unsuccessful IVF.

Meanwhile, since the death of Ibidun, Pastor Ighodalo has forged ahead with family, ministry and life endeavours.

He said in an interview with Silverbird TV that marrying another woman would be “a difficult thing” because he had already given “everything” to his late wife.

Pastor Ighodalo in the interview stated that he and his late wife had a phenomenal relationship.

He further revealed that he gave her everything and no longer has much to give to anybody else.

Pastor Ituah concluded by saying he is now focussing on his future and raising his children.

“It’s a difficult thing. Ibidun and I had a phenomenal relationship and I gave her everything, I don’t have much to give to anybody… I’m sorry.

“I just want to focus on my future, look after my children and have God minister to me,” he said.

It would be recalled that the cleric had in July 2020 organized a concert in honour of his deceased wife’s posthumous birthday.

The cleric’s brother, Asue Ighodalo recounted how Ibidun’s mother built a house and planned to give her the key on her birthday as a gesture of love before the shocking death.