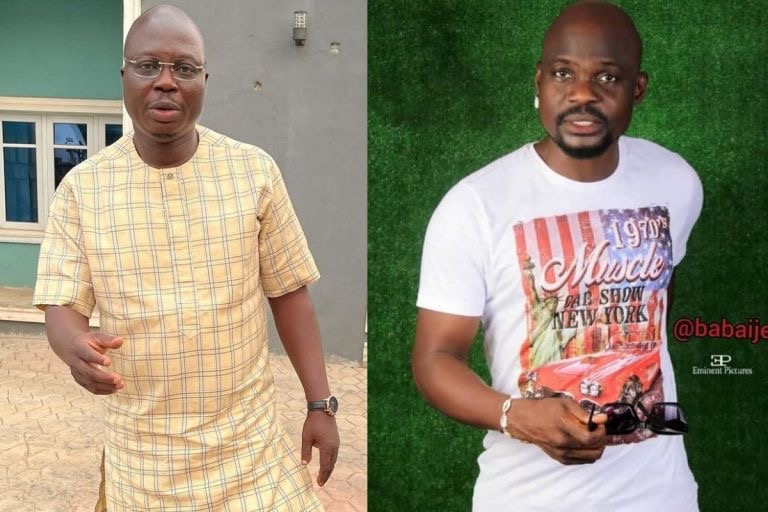 Actor, Bolaji Amusan alias Mr Latin has waded into the trending issue concerning the sexual molestation of an underaged girl by Baba Ijesha.

Recall that Baba Ijesha born Olanrewaju James was arrested by the Lagos State Police command for sexually molesting a girl when she was 7 years old and then repeated it when she was 14 years.

READ ALSO; ‘My Fiancee Doesn’t Spend On Me, All He Buys For Me Are Bra & Head Tie’ – Lady

The embattled Yoruba star, was filmed in a viral video begging for mercy and forgiveness as he confessed to committing the crime to Princess, the mother of the child after he was caught on CCTV.

Taking to his Instagram page, the Veteran actor addressed the people in the film industry about the ongoing issue. Bolaji Amusan fondly called Mr Latin berated the act the actor is being blamed of. He noted that he has been receiving calls where many people are demanding for the ban of Ijesha from the Theatre Arts and Motion Pictures Practitioners Association of Nigeria.

In recent news, Abike Dabiri-Arewa, the chairman of the Nigerians in Diaspora Commission, (NIDCOM) also weighed in on the reports of se.xual molestation involving Nollywood actor, Baba Ijesha and an underaged girl.

Reacting to this, Abike Dabiri-Erewa in a tweet posted on Thursday, April 29, lambasted the accused actor and dismissed his plea for mercy .

She described Baba Ijesha’s act as despicable and established that he will spend not less that fourteen years in prison for this crime committed.

Linda Ikeji Reveals How She Deals With Public Opinion

‘My Fiancee Doesn’t Spend On Me, All He Buys For Me Are Bra & Head Tie’ – Lady