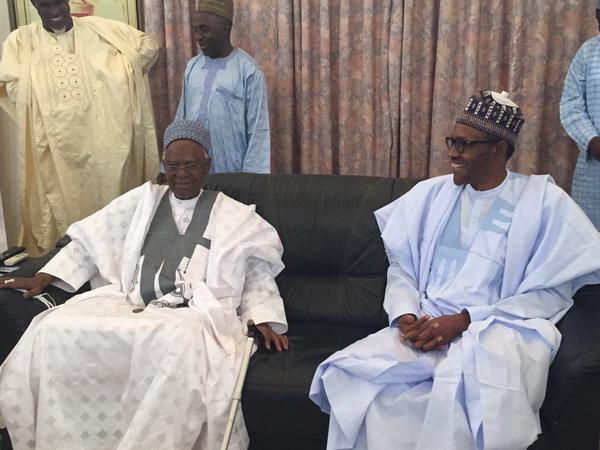 The Peoples Democratic Party (PDP) Tuesday flayed President Muhammadu Buhari of being haunted by his action in leading the overthrow of President Shehu Shagari in 1983 just as it flayed the ruling All Progressives Congress, APC of being troubled by its past records of rabble-rousing in the opposition.

The PDP spoke in response to presidency claims about moves by some opposition forces to instigate a forceful change in government.

Responding through its spokesman, Kola Ologbondinyan, the PDP alluded to Buhari’s role in the forceful removal of President Shagari from office in 1983.

The PDP described the allegation by the Buhari Presidency that some Nigerians were plotting a forceful and undemocratic change of leadership, as a resort to blackmail in the face of failure.

The PDP said that rather than live up to the responsibilities of office by taking charge and securing Nigeria, the Presidency  was busy engaging in frivolous allegations against Nigerians.

“It is however imperative to state that the Buhari Presidency and the All Progressives Congress (APC) are being haunted by their own shadows as Nigerians know the persons as well as the political party with the history and penchant to scuttle democratically elected government.

“Perhaps, the Presidency has forgotten that in 1983, Brigadier Muhammadu Buhari, as he was then known, led a military coup to truncate a democratically elected government thereby causing our nation a huge drawback on democratic governance.

Besides pointing to the assumed role played by Buhari in the overthrow of the Shagari government, the PDP also pointed at the role of APC leaders in the 2015 election.

“Also, in 2015, the APC, which was hurriedly formulated, made itself available as a vehicle of brigandage to disrupt our political process by beguiling Nigerians and taking power through violence, propaganda and falsehood.

“Even in 2019, Nigerians will be quick to remember how the APC imported bandits, vandals and thugs from neighboring countries, as political mercenaries, to unleash violence, disrupt our voting processes and muscle itself to power.

“The PDP therefore counsels the Buhari Presidency and the APC to look inwards as all fingers toward any possible plots to upturn our democracy point to them.

“Our party believes that the statement by the Buhari Presidency is an attempt by the APC to heighten political tension in our country ahead of the 2023 election, having realized that they cannot face the people at the polls.

“The PDP however advises the APC to know that such blackmail against Nigerians cannot help their cause.”