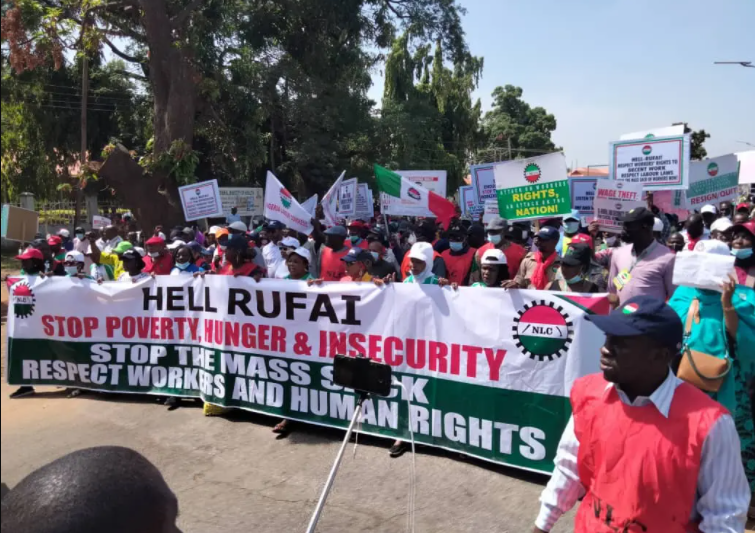 Members of the Nigeria Labour Congress (NLC) have taken to the streets of Kaduna to protest over the failure of the state government to reverse the mass sack of workers.

The organized labour had accused the El-Rufai-led state government of engaging in “anti-labour policies”.

Before the protest took off, Comrade Ayuba Sulieman who is the NLC Chairman in Kaduna addressed members of affiliated unions. He later joined the protesters at the state secretariat of the union.

The train station at Rigasa has been fully shut while the Kaduna State secretariat which houses about 10 ministries, is under lock and key.