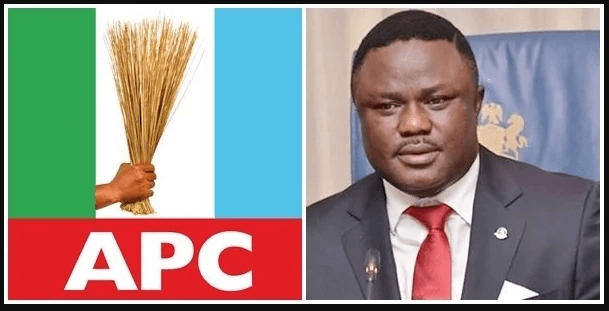 More governors in the Peoples Democratic Party, PDP are crossing over to the All Progressives Congress, APC, Governor Ben Ayade of Cross River State said on Thursday night.

He spoke in a television interview hours after he defected. The governor in the interview with Channels denied popular claims that he defected after he lost control of the PDP structure in the state.

He said: “I am happy to announce to you that very soon, more governors are joining (the APC), because what we want to achieve is a country where we all can sit with the President and agree on our succession process, we don’t have to fight.”

“Just watch out, you will see; you will just realise that I know what I am saying.”

Asked to state what his issues were with the PDP that led to his defection, Ayade drew back affirming that the PDP was good to him all through his political career. He said that besides giving him tickets to the Senate and governorship, that the PDP was together good to him.

He also tried to debunk the rife rumour that he left the PDP because he lost control of the structure of the party to members of the National Assembly caucus.

“I will never at any time put down the PDP; I have integrity, I have honour. My politics has ethics, but I chose to join APC to support the President to reduce the tension in this country,” Ayade said.

“I have just joined the party today and my experience so far, I feel so happy to have been in this APC today. As to whether there were issues in PDP, no; the party stood by me all the way,” Governor Ayade intoned.

“All the chairmen of the local governments, almost all the House of Assembly members, most of the National Assembly members, my entire commissioners and cabinet today; that is the amount of the political structure … in Cross River State, once the governor moves, everybody moves,” he added.

Okorocha Finding It Difficult To Live After Leaving Power – Uzodimma