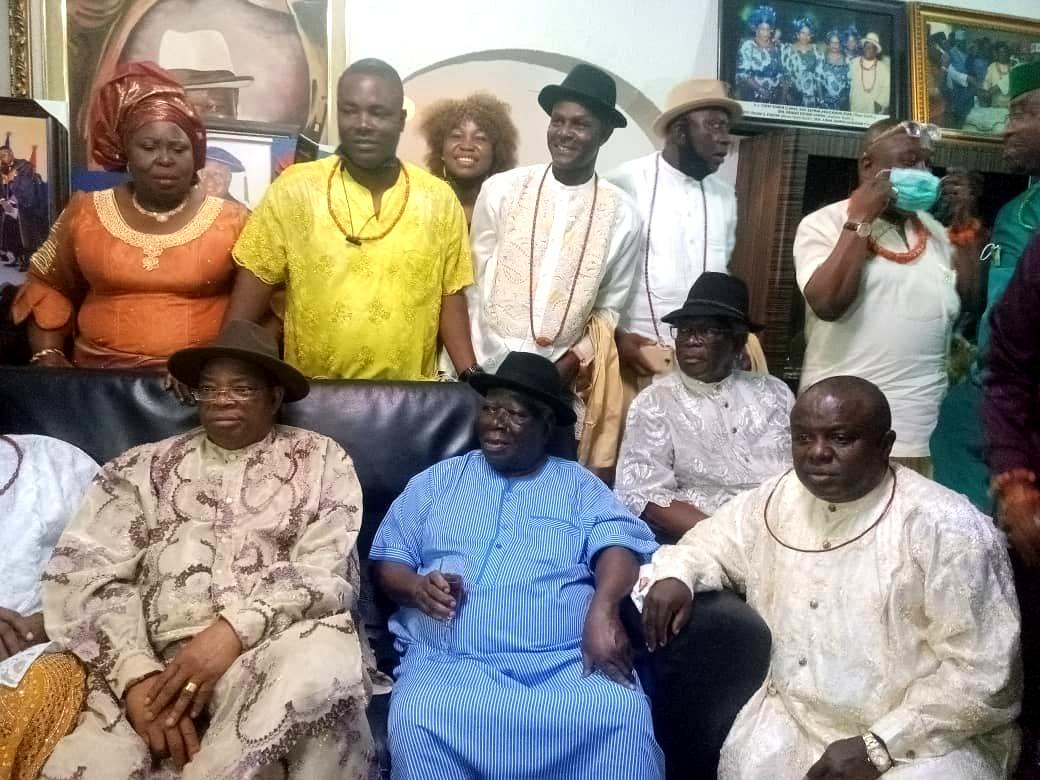 National leader of the Niger Delta region, Chief Edwin Kiagbodo Clark, has said leaders would seat down at the appropriate time to decide who would be Delta State Governor in 2023.

Clark who spoke when the leadership of DC-23 paid him a visit at his Abuja residence, said Delta Central 2023, DC-23 lobby group was on the right track with its ongoing lobby of groups, stakeholders and political bigwigs in Delta South and North senatorial districts on the need to support an indigene of Delta Central for governor of the state come 2023.

He said in time past, the Urhobo were well recognised in the country, urging the leadership of DC-23 to return Urhobo back to that level where the Urhobo would be seen working for Urhobo interest and not for individuals.

He commended Chief Ighoyota Amori for his brilliant leadership, adding that he would not allow differences to ensue between the Ijaw and the Urhobo.

Noting that he is related to both ethnic nationalities paternally and maternally, he said whoever that would be the governor of the state in 2023 “must be someone who will be ready to develop the entire state and not section of the state”.

National Chairman of Delta Central 2023, Chief Ighoyota Amori who spoke earlier, told Chief Clark that the visit was to appeal to him to prevail on leaders of the PDP to stick to the zoning arrangement of the governorship seat along senatorial districts.

Amori said the “DC-23 is a lobby group made up of card carrying members of the PDP in Delta Central Senatorial District with the aim to lobby for the governorship seat to rotate to the Central come 2023”.

He maintained that the political relationship between the Ijaws and Urhobos had been very cordial from time immemorial and as such the DC-23 would do everything possible to ensure the relationship is sustained.

Amori said: “the Ijaws have their argument for the governorship seat likewise the Urhobos but we can’t talk of zoning on ethnic lines because the state is made up of various ethnic groups, hence the appeal for us to maintain the zoning arrangement on senatorial districts order.

He appealed to Chief Clark to help prevail on their Ijaw brothers to see reason with Delta Central Senatorial District on the need to strengthen the zoning arrangement on senatorial order for peace and stability.

Also, former Minister of Information, Prof.  Sam Oyovbaire who spoke in the same vein, said the rotation of the governorship along senatorial line has brought peace in the polity of the state.

Oyovbaire said: “The moment we reduce the Nigeria or Delta state zoning arrangement to ethnic line, we will be in trouble. So we are pleading with our leader to prevail on our Ijaw brothers to reason in same line with us”.