APC In Dilemma Over Zoning Ahead Of Convention 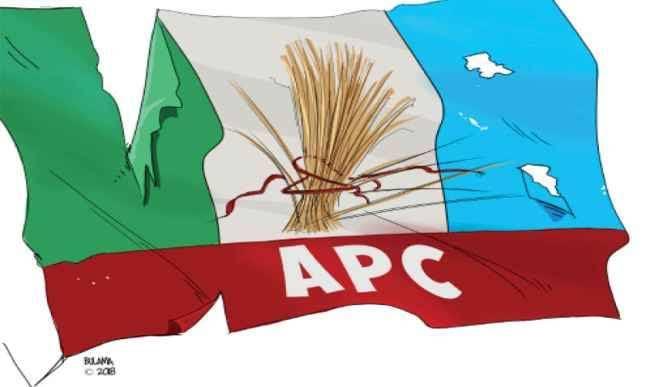 The ruling All Progressives Congress (APC) is in a fresh dilemma over the zoning permutations for its national chairman and presidential candidate ahead of the 2023 general elections, Daily Trust has reported.

Sources said this explains the delay in organising the convention of the party, where members of the National Working Committee (NWC) will emerge.

The committee, which was constituted following the removal of the Comrade Adams Oshiomhole led NWC in June last year, got a six-month extension last year.

Top party sources and lawmakers told Daily Trust that the tenure of the committee would be extended by another six months next week.

There have been controversies over which zone should produce the national chairman of the party.

It is believed that if the North produces the chairman of the party, the South will take the presidential ticket and vice versa.

It was gathered that scheming and machinations by various blocs to produce the national chairman of the party to place them in a better position in 2023 was one of the factors delaying the conduct of the national convention.

There are three main blocs in the party but there exist smaller caucuses – the bloc of the Presidency, National Leader, Asiwaju Bola Tinubu’s camp and that of the governors, who are members of the party.

A former governor told one of our correspondents that if the zoning arrangement of the party for 2023 is not properly managed, it would split the party.

“One of the reasons for the delay is to enable us to get our house together because, by the time the zoning arrangement is announced, fresh issues will come up. We need someone that has reasonable experience, maturity and is well-grounded to take over our party. Someone who can call anybody to order, bring all forces together and organise the party,” he said.

He said with President Muhammadu Buhari’s tenure lapsing on May 29, 2023, the zoning of the chairmanship seat would determine which zone will produce his successor.

A ranking lawmaker and member of the party blamed the APC governors for the delay in organising the convention.

“They want to produce the next chairman of the party at all cost. They are the most influential bloc in the party, hence they are manipulating the system to favour them,” he said while chatting with Daily Trust.

He said the statement of the Chairman of the Progressive Governors Forum (PGF) and Governor of Kebbi State, Senator Atiku Bagudu, that the presidential ticket and the chairmanship seat are opened to all is part of the gimmick of the governors.

Bagudu had in May this year said, “APC belongs to all Nigerians. Everyone, from every part of the country, is free to aspire for any position in the party in line with provisions of our party’s constitution and the 1999 Constitution of the Federal Republic of Nigeria as amended.

“The guiding philosophy, as enshrined in the provisions of our manifesto, is economic, social and political development of Nigeria,” he said.

An ally of the president from the North West told Daily Trust that Buhari was fully aware of the scheming.

“They are scheming and we are watching. The governors’ bloc thinks they have to retain the control of the party for 2023 reasons. They are the most powerful clique in the party and they are the people controlling state apparatus of their party.

“But, I am sure that it is the intervention of President Buhari that will address the situation,” he said.

A party source who spoke with Daily Trust Thursday warned that extending the timeline for the caretaker would spark legal issues that would nail the party in the 2023 poll.

Recently, the caretaker committee after its meeting in Abuja, directed the party’s Director of Organisation, Prof. Ussiju Medear to release the details of the timetable/schedule of activities for party congresses.

But credible sources at the APC National Secretariat told Daily Trust that the decision was later rescinded.

On Wednesday, there was a meeting of party leaders at the APC headquarters including some APC governors chaired by Governor Buni. But while newsmen waited patiently for the outcome, there was no briefing.

A chieftain of the APC, Chief Jackson Lekan Ojo, confirmed to Daily Trust in a telephone interview that the timeline of the committee would be extended by six months.

“They have already extended their timeline by six months internally. They are trying to see if they can resolve some internal wrangling.

“But it is going to be very difficult because there is no internal unity in the party. The politics of 2023 is already killing the party. The principle of letting somebody emerge and let others follow is no longer there. The idea is that it must be South.

“The base is already destroyed. You will discover that no one is campaigning for the position of national chairman from the South because they believe the presidential candidate must come from the South.

A few days ago, a Federal High Court in Abuja struck out two suits challenging the dissolution of  Oshiomhole-led NWC and seeking the sack of the Buni – committee.

Justice Taiwo Taiwo, in two rulings on Tuesday, held that the plaintiffs lacked the locus standi (the legal right) to institute their cases against the party.

The APC governors last week passed a vote of confidence on the Buni led caretaker committee, a move seen as a prelude to another extension for them.

Addressing newsmen at the end of their meeting in Abuja, the Kebbi State Governor and Chairman of the Progressives Governors’ Forum (PGF), Senator Atiku Bagudu said that the caretaker committee had performed well at a “critical time.”

“There is the likelihood that once the party leaders meet with Mr President, another extension will be given to the Buni-led committee,” a source said.

Secretary of the APC Caretaker Committee, Senator John James Akpanudoedehe and the Deputy National Publicity Secretary of the party, Yekini Nabena, neither responded to text messages sent to them nor picked their calls to explain the position of the party on another extension.