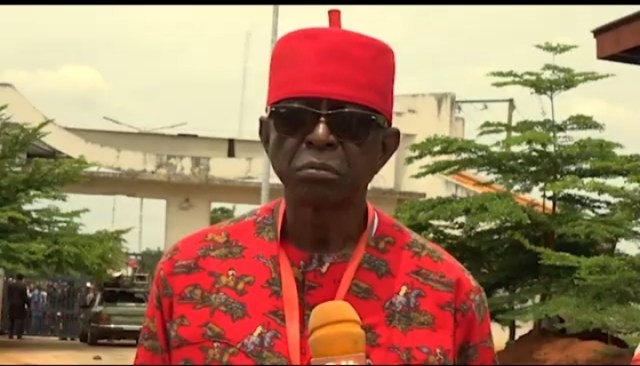 Chief Maduafokwa Olisakwe, one of the 16 aspirants that purchased the Peoples Democratic Party, PDP forms for the Anambra State governorship primaries has asked the party to refund the N26 million expended on the forms.

Besides, the politician is also asking the party to refund the expenses he made in the course of his campaign after he alleged that the party changed the rules of the game just as the primaries were about to kick off.

Chief Maduafokwa Olisakwe alleged that the party’s decision to revert to the use of only about 225 super delegates as against the about 2,500 delegates initially proposed was a fundamental breach of the rules as initially conceived.

In a video now trending only, Chief Maduafokwa Olisakwe asked the party to find his money.

“You cannot change the rules of the game after the game has started. The PDP must look for my money and all the money that I spent,” Chief Maduafokwa Olisakwe said.

“I am not happy. When we filled our forms for the nomination we were given delegate list totalling about 2,500 but now they are brining in 229. You cannot be changing the rules. It is against the laws of natural justice. You cannot change the rules after the game has started. I am not going to be part of it,” he said as he asked the party to find his money.

GreenWhiteGreen GWG reports that the PDP had claiming that upon multiple court orders that it decided to use the super delegates consisting of only serving and former political office holders for the election of its candidate for the Anambra State governorship election.