Revealed: How Villagers Helped Pilot Of Shot Down Jet To Escape Bandits 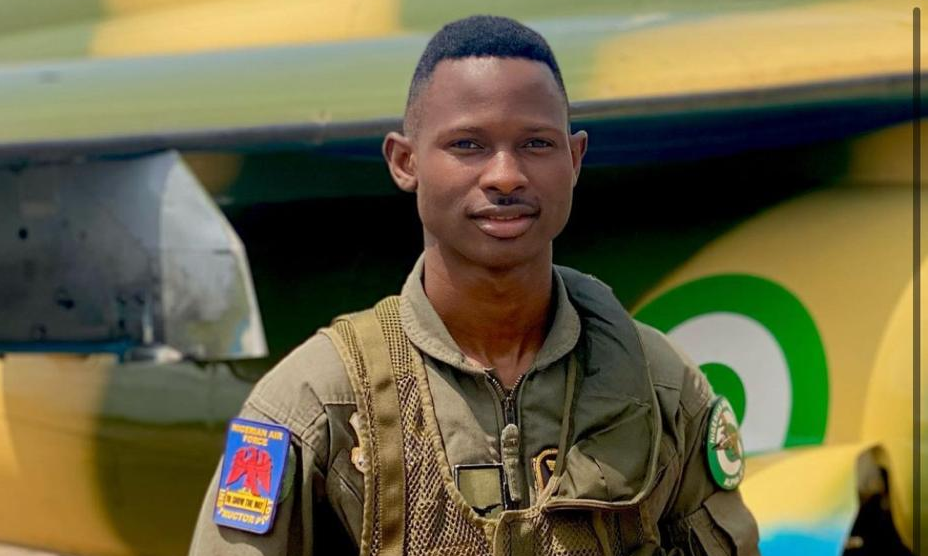 More details have emerged on how the pilot of the military jet which crashed in Zamfara State on Sunday escaped from the bandits who brought down the plane.

But the military authorities did not comment on the incident until Monday.

It is unclear if Dairo was on the ill-fated aircraft alone or there were other persons on board as Gabkwet did not shed light on that.

Chief of Air Staff, Air Marshal Oladayo Amao, received Dairo amid fanfare on Monday just as the pilot’s colleagues hailed him for his exploits.

However, Daily Trust has obtained information on how the pilot escaped.

Pilot fled to a neighbouring community

A resident, who did not want to be named for security reasons, said after bandits brought down the aircraft, the pilot jumped down and escaped into a neighbouring community.

He said moments after the pilot escaped, bandits got to the scene of the crash to see if there were survivors.

“The pilot jumped down using parachute and quickly headed to a nearby community. Upon realising what had happened, residents decided to hide him.”

“The armed criminals were spotted loitering around the scene of the crash probably looking for any survivor.

“The residents waited until dawn and asked the pilot to dress like a typical villager and then ferried him to the town where they handed him over to the district head.

“This morning two NAF helicopters and a fighter jet arrived and picked the rescued pilot. The helicopter landed near a Secondary School in the town while the fighter jet hovered around. The pilot was handed over to them and they took off immediately,” the resident said.

The account of the resident corroborated part of what Gabkwet said in his statement.

The Air Force spokesman had said the pilot found his way to “nearby settlements”.

But in what appeared like a contradiction, he claimed Dairo later found his way to an army unit.

“Using his survival instincts, the pilot, who came under intense ground fire from the bandits, was able to evade them and sought refuge in nearby settlements awaiting sunset.”

“Using the cover of darkness and his phone set for navigation, Flight Lieutenant Dairo was able to elude several bandits’ strongholds and maneuvered his way to a Nigerian Army Unit, where he was finally rescued,” Gabkwet said in his statement.

He added that: “NAF Intelligence Surveillance Reconnaissance (ISR) platforms and helicopter gunships provided close air support to NAF Special Forces and Nigerian Army troops who were able to locate the crash site and the pilot’s parachute, while also combing nearby locations for any sign of the pilot. It is gladdening to note that while in hiding, Flight Lieutenant Dairo confirmed that the presence of NAF aircraft within the vicinity of the crash site helped in scaring the bandits who were after him, thus enabling him to find refuge and escape to a safe location.”

Nigerian security agencies involved in the fight against banditry suffered a major setback on Sunday as 13 policemen were gunned down in Zamfara.

Before that tragic incident, a notorious bandit took hostage of over 150 persons in protest of his father’s arrest.

He had given security operatives an ultimatum to release his father, who was reportedly freed within 48 hours after his threat.

In turn, he also set his captives free.

Okpe Say They Are Not Urhobo