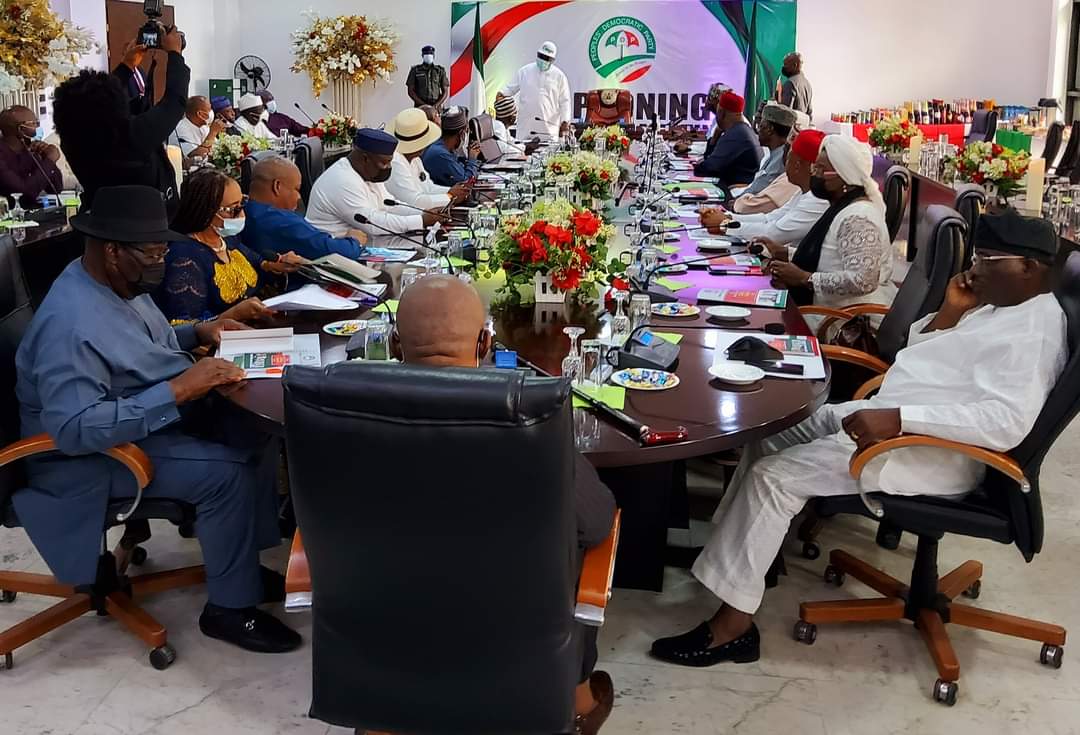 The meeting of the Zoning Committee of the Peoples Democratic Party (PDP) for National Offices of the Party ahead of the October 30-31 National Convention ended in Enugu, on Thursday, with the chairman of the committee, Governor Ifeanyi Ugwuanyi saying that the committee will not address the question of the zoning of the 2023 presidential ticket.

He, however, said that the committee had adjourned till next week for conclusion of their work.

GreenWhiteGreen GWG had earlier reported that the committee was set to report that all party offices in the south should rotate to the North and vice versa in accordance to section 7 (3) (c) of the party’s constitution that provides for zoning and rotation of offices across the geopolitical zones.

It was also further reported that the rotation would mean that the next presidential candidate of the party would come from the South.

Meanwhile, addressing newsmen after the closed-door meeting held at the Government House, Enugu, the Chairman of the Committee and Governor of Enugu State, Rt. Hon. Ifeanyi Ugwuanyi, said that “we had a fruitful meeting and we adjourned to conclude next week”.

Earlier in his welcome address, Gov. Ugwuanyi clarified that the committee has no mandate to zone political offices such as President or Vice President of Nigeria.

The governor explained that “our Committee is strictly limited to the PDP National Executive Offices to be contested at the 2021 PDP National Convention scheduled for the end of October, 2021”, stressing: “We have no mandate to zone political offices such as President or Vice President of the Federal Republic of Nigeria,” he said as he refrained the committee from the zoning of the 2023 presidential ticket of the PDP.

Gov. Ugwuanyi maintained that the PDP remains the most credible platform to deliver good and accountable governance to Nigeria, adding that the work of the committee will contribute immensely “in this deliberate search for National Officers of our Party that will help PDP achieve the lofty ideals and goals of our founding fathers”.

He therefore encouraged members of the committee to be frank, open and constructive in their proposals and debates, and also exhibit consistency with the enormity of their mandate.

“The membership and leadership of this committee have been carefully selected as it is composed of very experienced, competent and eminent Nigerians who are desirous of repositioning the PDP to play its role not just as the main opposition political party in Nigeria but to build a party that offers alternative policy proposals and hope to Nigerians that there is still light at the end of the tunnel”, Gov. Ugwuanyi said.