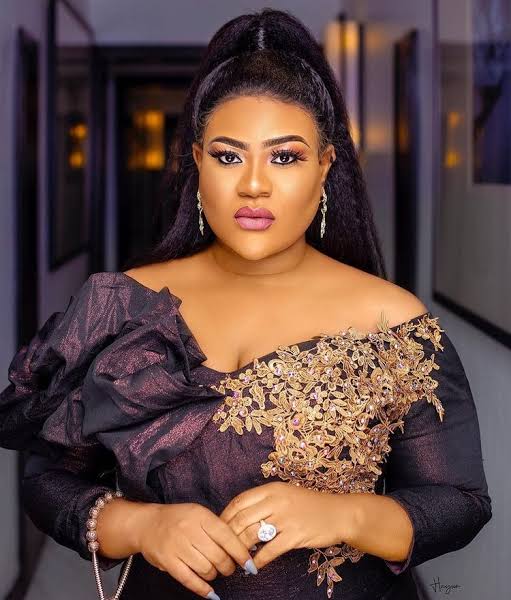 Popular Nigerian Actress Nkechi Blessing has written a tribute to her mother who passed away yesterday evening.

In the post she made, Nkechi expressed shock that her mother died a few days to her birthday. She also said her mother even wait to see her birthday gift before leaving.

Nkechi said her greatest fear had always been losing her mother early and unexpectedly but sadly that was what happened to her.

She said her mother had complained of stomach ache before breathing her last.

She added that she went to bed hoping to wake up today to see it was a bad dream but unfortunately, it’s not. She revealed that she had plans to make her mother a landlady by building a house for her before death snatched her away.

Nkechi Blessing then revealed that her mother had been her support and backbone against all odds and against social media trolls.

Nkechi Blessing Sunday’s touching tribute has left fans and fellow celebrities like her in tears as they have trooped into the comment section of her post to offer their heartfelt condolences.

Here’s a copy of the post Nkechi Blessing Sunday made below;

Related Topics:Nkechi Blessing Sunday
Up Next