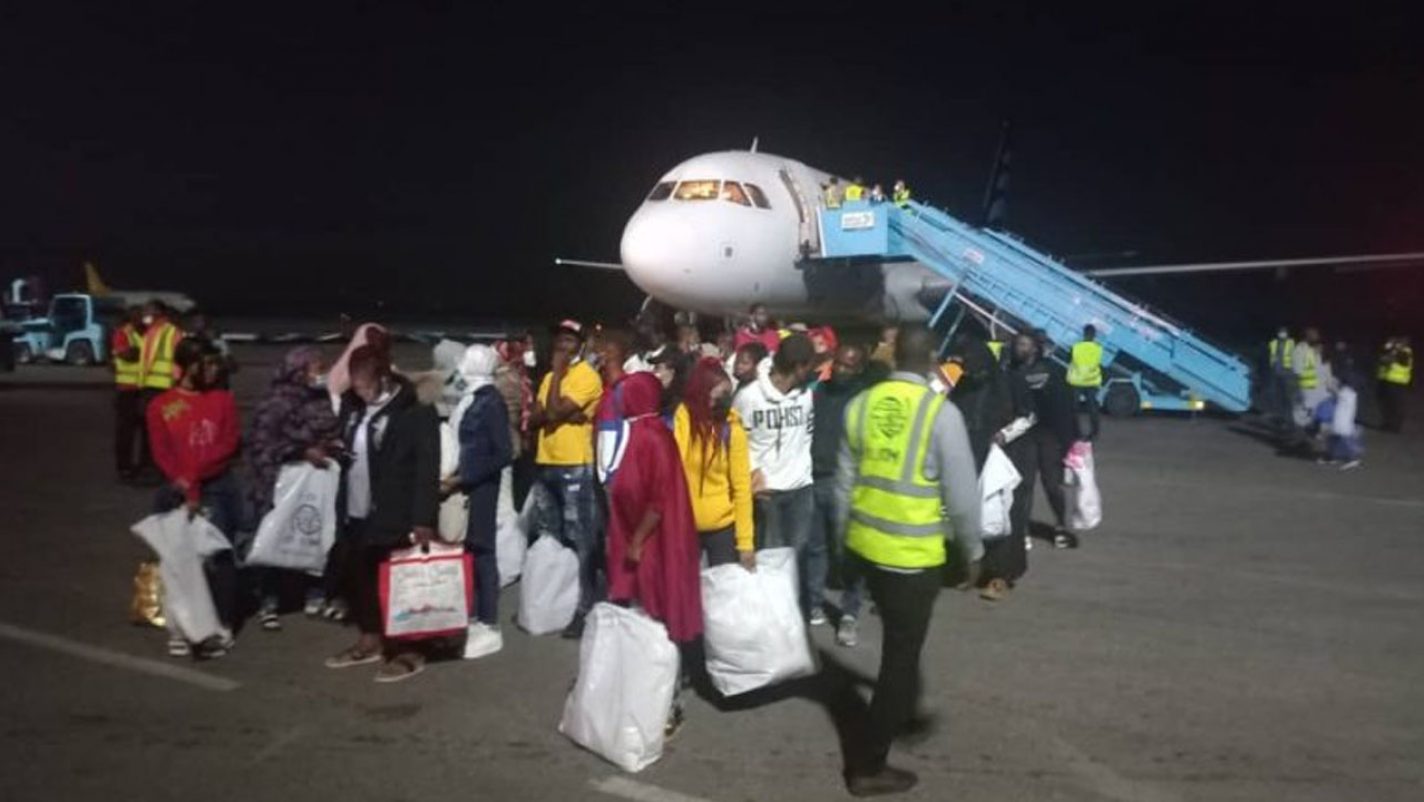 21-year old Azizat Omoniyi, one of the 175 Nigerian returnees from Libya on Thursday has recounted her harrowing experience while in the North African country.

Omoniyi who is a school dropout lamented her decision to migrate illegally.

“I will never advise anyone to think of travelling out of this country aimlessly. We don’t appreciate what we have until it is lost. Anyone thinking of travelling without a set and achievable objectives should forget it,’’ she said.

Azizat said her mother died while she was at a tender age and was being catered for by maternal relations, but she felt she was being maltreated and ran away to be with her father.

“From my father’s custody, a friend convinced me to meet her in Ibadan where I was introduced to the idea of travelling to Libya where I was told that I could work and receive a monthly salary of ₦120,000.

“I deceived my father that I wanted to establish a business and he gave me ₦800,000, but I used it for the Libyan trip through the desert.

“I became a slave and prostitute in Libya; I am not lying, I raised the equivalent of ₦2 million as a prostitute to free myself from my trafficker.

“I want to go back to school. I stopped schooling at SS2 and have learnt my lessons,’’ she lamented.

“The lessons are very, very bitter, I wasted my life.

“I do not know my father’s location. I lost everything that I thought I could bring back home when the police raided our house and threw all of us into prison.

“We were dispossessed of our savings and property. I lost the phone in which l had my father’s contact.

“I have to wait till my transport allowance is paid before I can buy a phone and try to gamble with numbers to know if I can get my father’s contact,’’ a remorseful Azizat said.

Farinloye said the fresh 175 returnees, which included Azizat, had been stranded in Libya. They departed from Mitiga International Airport, Tripoli, aboard a chartered Boeing 737-400 with registration number 5A-WAC.

He said they were received at the Nigerian Aviation Handling Company wing of the MMA.

“The returnees were brought back by the International Organisation for Migration through a voluntary repatriation programme for distressed persons.

“The EU sponsored the repatriation of the stranded Nigerians who had failed in their attempt to search for greener pastures outside Nigeria,’’ he said.