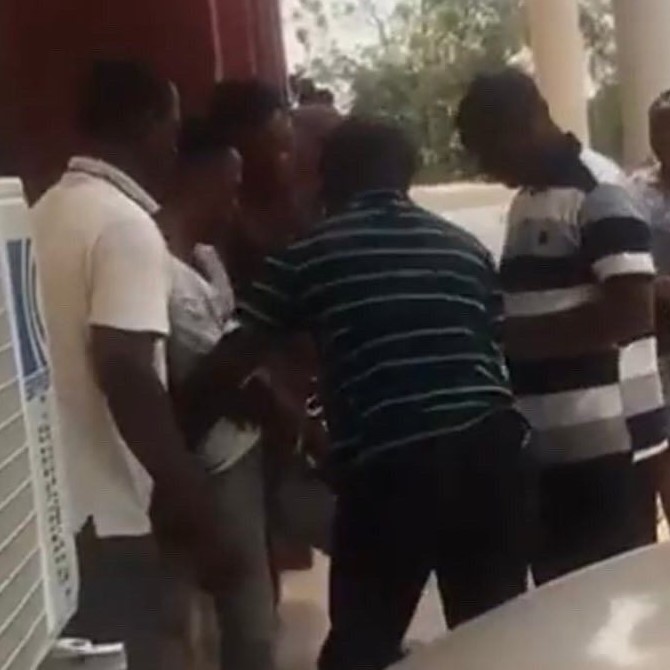 A video circulating on social media showing a student of the Ekiti State University (EKSU) being tasered by an unnamed university official has garnered criticism from Nigerians.

The video shows the student being held by two men while he pleads his innocence, then the official steps into the video holding a device which he uses to electrocute the student.

The unnamed EKSU student is then taken away.

Reacting to the video, Nigerians criticised the excessive use of force by the CSO, lamenting the abuse of power by officials.

Here are some reactions gathered by GreenWhiteGreen

According to this user, it is the HOD of the political science department

@ms_sophie The abuse of power in Nigeria is terrifying’

@choplifekitchenlagos What happened to tearing his paper and letting him be or noting his name down? Why is everything with so much v*olence in this country? Oga o

@asiwajulerry He didn’t steal, he didn’t harm anyone. Why is he getting treated like a murder suspect?? Nigerians dey tire me

@wendy_adamma Just report to the right authorities instead

@julietalfred4 What kind of madness is this, security officers do the most

Nigerian Policeman ‘Suspended’ For 25 Years Over Arrest Of Robbery Suspect